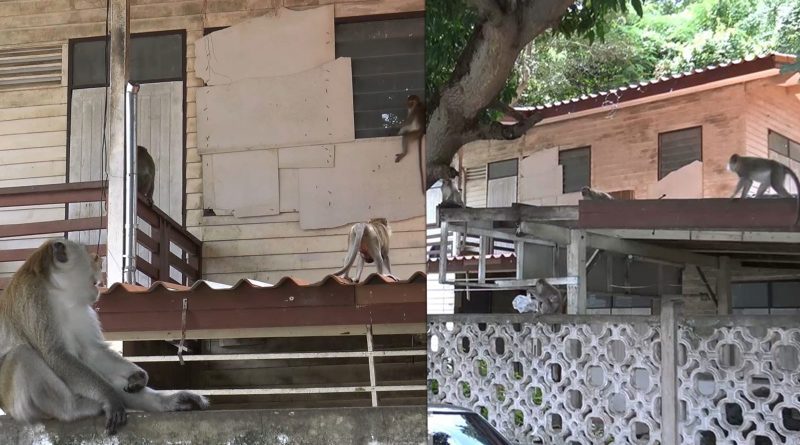 A family went on holiday during the Songkran substitute holidays that took place on 4-7 September 2020. When they returned, their home was taken over by monkeys from the mountain. The family live in Songkhla Province and left for just a few days for a holiday and to also visit relatives in another province. They locked the doors and tied all trashbags before leaving. The monkeys were able to get in the trash looking for food and claimed the home as their own. The Khaosod News Team reported on 7 September 2020 about a home taken over by monkeys.

The home is located near Tang Kuan Hill in Songkhla Province. The family stated that they decided to take a break during the Songkran substitute holidays. They went to a different province but made sure to lock the doors and to cover the trash bags before leaving. It is common to spot a monkey in the area so they took the necessary precautions. It must have not been long after they left when the monkeys realized they had the place to themselves. A group of monkeys came down from the mountain and claimed the home. They were found playing and resting all around the home.

In front of the home was a car parked on the road. Near the car is a trash bin with a trash bag inside tied closed. The monkeys came down to look for food and were able to open the bin. The family came home to trash spread across their driveway. The monkeys come from near the Laem Sai Temple on Khao Tang Kuan. The monkeys usually look for food in the area but locals and tourists regularly feed the monkeys at Chong Kao Noi near the bottom of the hill. The group of monkeys decided to visit the villager’s homes to look for some food and shelter. The monkeys tried to enter inside but the family made sure to lock the doors and closed all windows. 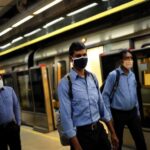 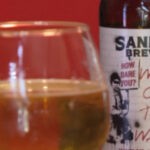