Home » Families of murdered Thailand tourists warn others to stay away 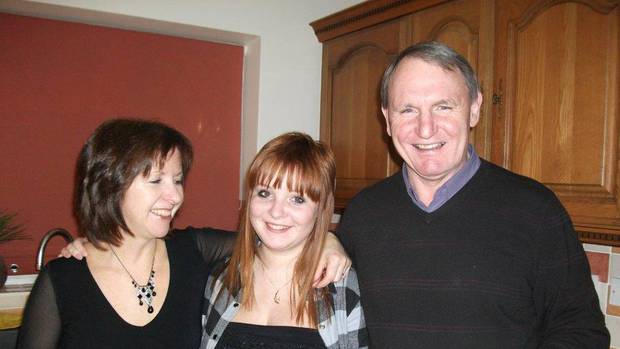 When Boyne Annesley texted his daughter while she was on her island holiday, little did he know that she was already dead. It was only when police arrived at his door that he knew something had gone terribly wrong.
“I remember texting her because we were trying to get hold of her for 24 hours saying, ‘are you all right’ — apparently the internet connection wasn’t very good. But obviously she wasn’t replying because she was already dead,” he said.
The unexplained death of 23-year-old New Zealand-born Christina Annesley in the exotic paradise dubbed “Death Island” sounds like something ripped out of the pages of a mystery novel.
Along with rumours of secret CCTV footage, inconclusive blood samples and a mysterious Swedish man, Christina’s death has haunted her family for the last four years. Just what exactly happened to her before her discovery on the beach?
“In the back of my mind I had a feeling there might be something wrong. Now I’m really suspicious,” Mr Annesley told news.com.au over the phone from the UK.
“I don’t believe we’ll ever find out what happened to her. There’s no proof because you can’t get proof because the authorities are corrupt.”
After a string of unexplained deaths on Koh Tao Island, located in the Gulf of Thailand near the party islands of Koh Phangan and Koh Samui, people are beginning to question the legitimacy of its authorities after the parents of the dead, including Mr Annesley, warned of a “serial killer family” that “remains free to rape and murder”.
In the days leading up to her death, Christina tweeted: “Seriously if Koh Tao is a sleepy diver’s paradise what the hell is Koh Phanghan like.”
The island of Koh Tao, otherwise known as Turtle Island, is a scuba diver’s dream, and thanks to Sairee Beach, on its west coast, tourism has flourished in recent years.
But behind the beauty lies a macabre secret where local mafia allegedly rule, backpackers flock to party and, according to one report, there are “enough deaths and suspicious disappearances to warrant the island its own CSI franchise”.
A series of unexplained events have created havoc for this island paradise, with some now calling it a “tourist trap”. As body parts are found floating in its water, some within this small, untouched part of the world fear the local mafia is out of control.
Koh Tao was plunged into the spotlight in September 2014 when the semi-naked bodies of backpackers Hannah Witheridge, 23, and David Miller, 24, were found on the same beach where Ben Harrington, a 32-year-old British IT consultant who died on the island in 2012, had stayed. Witheridge was raped before she was murdered.
Their battered bodies were discovered on the southern diving resort in September 2014. Christina’s body was discovered just a few months later, in January 2015, in the same location where David and Hannah Witheridge were found.
British Backpackers Nick Pearson and Luke Miller, along with Belgian Elise Dellemange, Swiss Hans Peter Suter and French Dimitri Povse were also found dead. Russian Valentina
Those involved with the island’s activities have claimed residents on the island know who actually killed them, but no one will say anything because its run by four mafia families.
The events surrounding Christina’s death are still unexplained and her parents say her body was left in a temple for days before an autopsy was performed.
“They didn’t find Christina for 24 hours and she’d been lying in the heat. My main concern was to get her home and in a presentable state so we could at least view her
He said he had been told by someone on the island that Christina had been killed because “she was going around asking questions [about former deaths on the island] and taking photos of the beach. She was told she shouldn’t be doing that because it is dangerous”.
After a series of glitches with the UK Foreign Office and authorities on Koh Tao, Mr Annesley said he has no doubt there is more to his daughter’s death, and the lack of any evidence shows the incompetence of the investigation.
“I asked for blood samples and they made it as difficult as they could. They wanted to charge me exorbitant funds to get them,” he said.
“They eventually relented but when the samples got here to the UK, the corner did an autopsy and the blood samples were useless to them. She couldn’t do anything.
“The UK coroner said they just weren’t up to spec. They were not in a fit state to examine, that’s what she said.”
The family identified the last person to see Christina alive, after claiming they had been left to investigate their daughter’s death on their own dime. A Swedish man was identified on CCTV footage as the last person to see her alive after he accompanied Christina to her bungalow and left the morning of her death.
“When I asked for the CCTV tape, I only wanted to see them because it was the last photos of our little girl alive, and they said I’d have to pay for them, then they said it was lost. I don’t even know if it existed,” Mr Annesley said.
Christina, a prolific tweeter, posted numerous thoughts in the days leading up to her death. Her last tweet read: “A guy just jumped over a skipping rope made of fire butt naked. What a sight.”
Mr Annesley said he was hopeful a petition, which was handed over to the UK parliament on behalf of the parents of children who have died on Koh Tao, would provoke people “to stop going to that island until it is safe”. DH EP 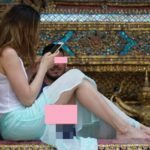 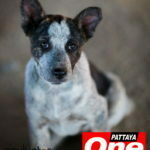