Home » HOW FAKE NEWS AND DISINFO WILL AFFECT THAILAND’S ELECTION

A woman stands silently by as a man makes thinly veiled threats toward the monarch in a 45-second video clip from 2010.

According to the pro-junta news group that posted the video, the woman was Pheu Thai Party PM candidate Sudarat Keyuraphan. According to Sudarat, who filed a police complaint today, the whole thing is a fake.

It’s the first high-profile charge of fakery to emerge in the runup to what will be Thailand’s first election since once-routine democratic functions worldwide have become tainted by digital disinformation and social media manipulation.

Though the prospects of misinformation being used effectively are high in a nation with some of the world’s most active social media users, experts believe that – given the circumstances – it’s likely to play out differently and on a smaller scale.

“It’s not necessary to systematically spread fake news in Thailand, because the Yellow, Redshirt rhetoric already works sufficiently,” he said. “In Thailand’s situation, even when people share valid information, we still don’t want to listen to each other.”

There are also different habits. Thai voters are just as likely to share information uncritically over chat application Line. At the height of the 2016 US election, a story that the election of Hillary Clinton would presage World War III from a site parroting pro-Moscow talking points was widely circulated via chat.

Peerapon Anutarasoat, who has produced and hosted a fact-checking program on MCOT since 2015, said Line, like Facebook, should be closely monitored during the election season.

“There are users from almost all backgrounds on Facebook, and it’s fairly easy to create, share, reproduce and receive information,” he said. “Line allows users to have conversations in closed groups and there’s no system to monitor the content overall. From my experience, I believe existing Line groups will be used for distributing political information even more.”

He said most of the fake news he’s seen didn’t have a political agenda, and although some contained political content, most were clickbait for commercial purposes.

To him, the inevitable disinformation war is unlikely to blow up on a national scale but rather be focused on local issues and circling in limited communities to “maintain the old fans and convince them to sell their ideas to people close to them.”

In Sudarat’s case, she told the police Wednesday that the clip widely shared on Facebook and Line showing her standing by as the most socially taboo threats were being made on a Redshirt stage in 2010 was digitally manipulated.

The post, now deleted, was of a very low-quality and grainy video clip taken nearly nine years ago in the final moments of Redshirt street demonstrations that paralyzed the capital for weeks. In it, prominent Redshirt leader Arisman Pongruangrong threatened from a rally stage to “wipe out” several important institutions including Siriraj Hospital, where the late king Bhumibol resided until his death in 2016.

Internet activist Arthit said efforts to systematically disseminate fake news on social media prior to the general election next month won’t be as severe as has taken place elsewhere due to several factors: the short timeframe before Election Day, and efforts by the platforms to step up security.

More likely, he said, is the spread of information sowing “confusion” in the form of fake news or recycled news, both online and off, including posts from online influencers on issues that might swing voter sentiments.

And those efforts were likely set in motion well before Election Day was announced last month.

Since the date was announced, Google Ads have gone into rotation promoting what is presented as an independent “fact checking” site called Thai-Truth. It shows a masked man extending a hand helpfully below a watchdog-like logo.

Most articles published there, which are shared to Facebook, focus on comparisons between the administrations of fugitive leaders Thaksin and Yingluck Shinawatra and that of junta chairman Prayuth Chan-ocha.

But a cursory review of the site finds that despite an apparent neutral tone, the content mixes stridently pro-establishment political content with popular social positions.

Among things it deemed truthful was that it was legal for the pro-junta Palang Pracharat Party to host a fundraising dinner and a statement that “Thanathorn used to be a Redshirt,” in reference to the billionaire founder of the anti-junta Future Forward Party. It also deemed truthful the popular sentiment that “the black panther case has taken longer than usual,” referring to a poaching case has inflamed the public for the past year.

Assertions deemed false included ones that “Prayuth’s government has accumulated more public debt than Yingluck’s,” it was illegal for four ministers not to resign after joining Palang Pracharat, and Prayuth has done less to crack down on drugs.

Arthit’s Thai Netizen Network, which advocates for freedom and transparency online, examined the site and found it was launched one day before Prayuth’s official website was rolled out, and the language of the privacy policies on both sites were nearly identical, including the same misspelled words.

Official Response
Concerns over fake news and disinformation were cited in the Election Commission’s decision to regulate social media campaigning for the first time in its history, a move criticized as outdated and unfair especially to new politicians and parties.

Commissioner Charungwit Phumma defended it as a preventive measure to protect candidates against those seeking to discredit them.

“It’s not a restriction. We’d just like them to inform us in advance,” he said. “Our main concern is about people creating fake accounts looking to damage them. If we don’t verify their accounts first, we’d never know which one is real.”

He said the commission has readied a “war room” with the help of experts to monitor information on social media, saying he has “gained a lot of knowledge” in the process. He added that many candidates nationwide have registered their social media accounts with the commission.

Fact-checker Peerapon said that while he agrees with measures to verify candidates’ social media accounts in advance, the biggest challenge the commission faces is not how much disinformation it can get rid of but how effectively it interprets content that may be more ambiguous than straight-up false.

It is said that Khaosod English has reached out to Facebook, Twitter and Line to learn more about their specific plans to combat misinformation during the Thai election season.

What comes after is another matter, according to Arthit the transparency advocate. He expects attempts to spread disinformation to scale up after votes are tallied.

“These efforts won’t be used before voting, because the time frame is very tight,” he said. “If the results don’t turn out as they’d hoped, each party might start accusing others of distributing distorted information to discredit them and try to have them disqualified.”

Colony or not, we’re British, say Gibraltarians. And keep the border open 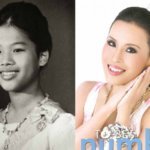 FROM PRINCESS AND EXPAT TO POLITICIAN, A LIFE EVER IN MOTION