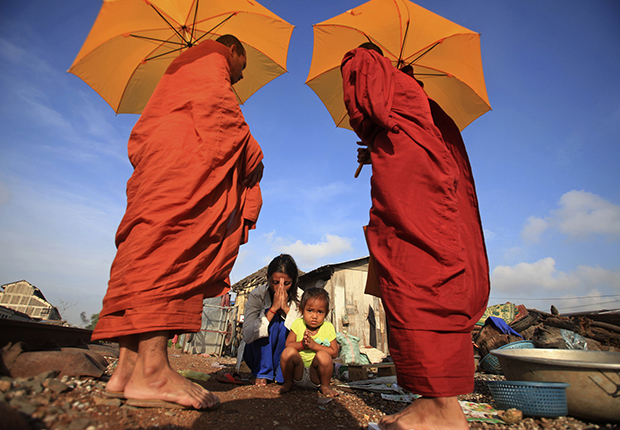 Five Cambodian men who had disguised themselves as Buddhist monks were arrested on Friday for soliciting money for the past 10 years in Thailand.

About 10 men dressed in saffron robes fled to the forested hills behind Wat Khao Bo Thong in tambon Song Salung, Klaeng district, after they saw a team of officials approaching the temple on Friday morning.

The officials were able to get hold of five of them, while others remained at large.

Klaeng district chief Kanjarat Eadthongsai said the officials acted on public complaints that a large group of “monks” had repeatedly asked for money from people in the Samyan market and nearby areas and refused to accept alms.

During questioning, the five Cambodians told police that they entered Thailand illegally about 10 years ago and did not have monk certificates. Two of the five men also tested positive for drugs, police said.

The fake monks told police that they had asked for public donations every morning and made 200 to 300 baht each. They spent some of the donated money buying methamphetamine pills at 40 baht apiece.

Police took the five men to the Ban Kram police station in Klaeng for legal proceedings. 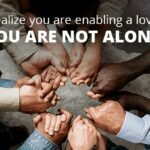 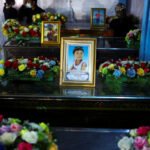