Thai immigration chief Lt Gen Sompong Chingduang and his teams reported Monday that a female Thai agent had been arrested for helping foreigners get Thai driving licences and register vehicles with false stamps and documentation.

“Vicki” (name transliterated from Thai) or Wikanda Munghangern, 44, was arrested in a sting operation outside her office near the Bang Lamung Department of Land Transport.

Naew Na said that she had been helping nationals from Russia, Ukraine, China, Vietnam, Norway, Sweden, Poland, Belgium, the UK, the Netherlands and other countries at between 1000 and 3,000 baht a time.

She was arrested on Friday when immigration officers posing as customers for her services met her in the car park by her office.

Searches of her car, office and private address turned up lots of fake immigration stamps, fake letters of residence and other documents. 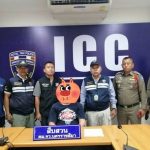 Irishman on 12-YEAR overstay wants YOU to pay his fines 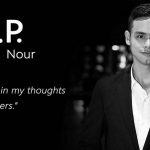