Facebook said Tuesday it shut down 32 fake pages and accounts involved in an apparent “coordinated” effort to stoke hot-button issues ahead of November midterm US elections, but could not identify the source although Russia is suspected of involvement.

It said the “bad actor” accounts on the world’s biggest social network and its photo-sharing site Instagram could not be tied directly to Russian actors, who American officials say used the platform to spread disinformation ahead of the 2016 US presidential election.

The US intelligence community has concluded that Russia sought to sway the vote in Donald Trump’s favor, and Facebook was a primary tool in that effort, using targeted ads to escalate political tensions and push divisive online content.

“One of my top priorities for 2018 is to prevent misuse of Facebook,” Zuckerberg said on his own Facebook page.

“We build services to bring people closer together and I want to ensure we’re doing everything we can to prevent anyone from misusing them to drive us apart.”

Trump, now president, has repeatedly downplayed Kremlin efforts to interfere in US democracy.

Two weeks ago, he caused an international firestorm when he stood alongside Russian President Vladimir Putin and cast doubt on assertions that Russia tried to sabotage the vote.

But after Facebook’s announcement, the White House stressed Trump opposed all efforts at election interference.

“The president has made it clear that his administration will not tolerate foreign interference into our electoral process from any nation state or other malicious actors,” deputy press secretary Hogan Gidley told reporters.

Facebook said “some of the activity is consistent” with that of the Saint Petersburg-based Internet Research Agency — the Russian troll farm that managed many false Facebook accounts used to influence the 2016 vote.

“But we don’t believe the evidence is strong enough at this time to make public attribution to the IRA,” Facebook chief security officer Alex Stamps said during a conference call with reporters.

Special Counsel Robert Mueller is heading a sprawling investigation into possible collusion with Russia by Trump’s campaign to tip the vote toward the real estate tycoon.

Mueller has indicted the Russian group and 12 Russian hackers connected to the organization.

Facebook said it is shutting down 32 pages and accounts “engaged in coordinated inauthentic behavior,” even though it may never be known for certain who was behind the operation.

The tech giant’s investigation is at an early stage, but was revealed now because one of the pages being covertly operated was orchestrating a counter-protest to a white nationalism rally in Washington.

The coordinators of a deadly white-supremacist event in Charlottesville last year reportedly have been given a permit to hold a rally near the White House on August 12, the anniversary of the 2017 gathering.

Facebook said it will notify members of the social network who expressed interest in attending the counter-protest.

US ‘not doing’ enough

Facebook has briefed US law enforcement agencies, Congress and other tech companies about its findings.

“Today’s disclosure is further evidence that the Kremlin continues to exploit platforms like Facebook to sow division and spread disinformation, and I am glad that Facebook is taking some steps to pinpoint and address this activity,” said the Senate Intelligence Committee’s top Democrat Mark Warner.

The panel’s chairman, Republican Senator Richard Burr, said he was glad to see Facebook take a “much-needed step toward limiting the use of their platform by foreign influence campaigns.”

“The goal of these operations is to sow discord, distrust and division,” he added. “The Russians want a weak America.”

While top Senate Democrat Chuck Schumer applauded Facebook’s action, he said the Trump administration itself “is not doing close to enough” to protect elections.

Some of the most-followed pages that were shut down included “Resisters” and “Aztlan Warriors.”

Facebook said some 290,000 users followed at least one of the pages.

“Resisters” enlisted support from real followers for an August protest in Washington against the far-right “Unite the Right” group.

Inauthentic pages dating back more than a year organized an array of real world events, all but two of which have taken place, according to Facebook.

The news comes just days after Facebook suffered the worst single-day evaporation of market value for any company, after missing revenue forecasts for the second quarter and offering soft growth projections.

Zuckerberg’s firm says the slowdown will come in part due to its new approach to privacy and security, which helped experts uncover these so-called “bad actors.” 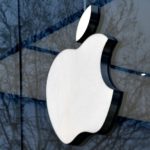 Passenger plane crashes on take off in northern Mexico