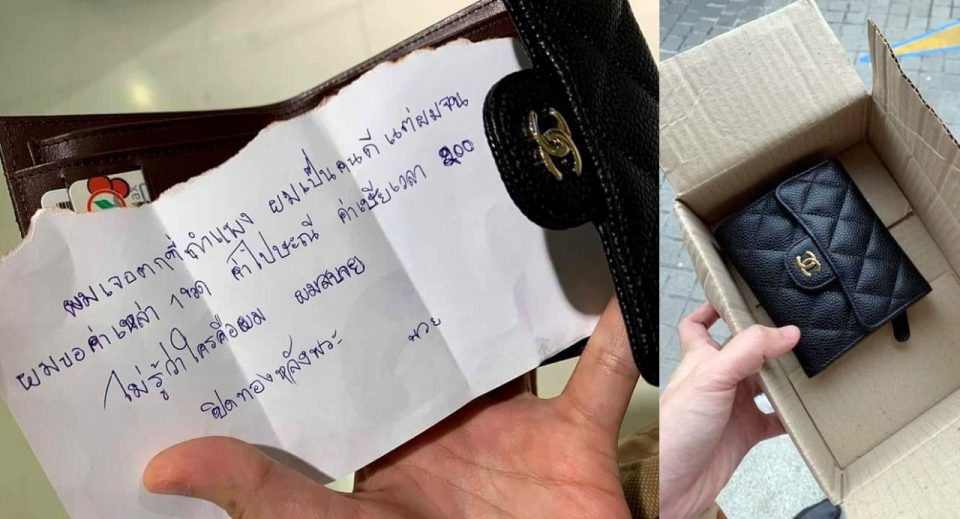 A Thai woman who claimed on Facebook earlier this month that a mysterious “good citizen” had returned her expensive wallet, may face charges under the Computer Act.

A summons was issued for her to answer the charges by June 29, because police believe the online story was fabricated.

The offence of inputting false information onto the Internet is punishable with a maximum five-year imprisonment and/or a maximum Bt100,000 fine.

Thai netizens were full of praise when they heard about the story from Punnarom Supablapaskorn’s Facebook post, to which she also attached a photo of the man’s hand-written note.

The note said he was poor but he was good so he returned to the wallet to the owner – in exchange for Bt200 cash to buy an alcohol drink and cover the post fee and his time.

The note was signed with the nickname “Nuay” following a Thai proverb “Pid Thong Lang Phra” (sticking an adhesive gold leaf onto the back of Buddha statue or doing good secretly).

As some netizens doubted the story’s authenticity, Punnarom said that she later talked to Nuay – a construction worker – about the requested payment.

However, the man said he didn’t want her to send him any money after all as he was already content with the alcohol drink.

Pol Colonel Siriwat Deepor, the spokesman and deputy commander of the Royal Thai Police’s Technology Crime Suppression Division, said on Friday that some may wonder why police would go after Punnarom.

He said this case was about inputting false information onto the computer system to cause doubt and confusion and may be done for a hidden agenda.

He said more than 100,000 people had shared the story to others while many people filed complaints with the TCSD to investigate.

Police are more than 90 per cent convinced that the story was fabricated so they are proceeding with legal action against the woman, who has now reportedly deleted her Facebook account.

Siriwat urged Thais not to post false information to boost their online identities and create doubt and confusion as that could be a punishable by Thai law. He warned others not to share such stories before checking the information’s authenticity as they could become the tool of ill-intentioned persons. 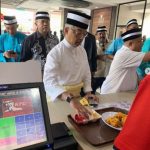 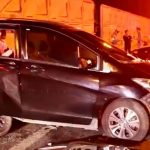