Wolves To Get The Better Of Watford At Wembley In FA Cup Semi Final Sunday  – Manager Comments. Team News and Stats.

These two teams are very much the best of the rest outside the Premier Leagues top six. Wolves have beaten Manchester United twice plus Liverpool, Chelsea, and Spurs. They’ve also drawn with Manchester City and Arsenal. On the other side, Huddersfield beat them twice!

Whilst Wolves were beating Manchester United on Tuesday Watford sent Fulham down with a 4-1 win but they will find Wolves defense tougher to crack.

Wolves have been my ‘Dark Horse’ for the cup this season and  new record  signing Raúl Jiménez could prove to be the difference between these two sides. 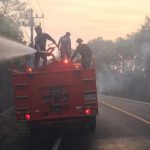