Details and photographs of the extravagant lifestyle and police operation to arrest the alphabay man who hanged himself in drugs suppression police custody, have emerged.

Alexandre Cazes, from Canada, was found dead on July 12th.

He was married to a Thai woman who helped him in his criminal activities though no word of her fate was mentioned in the Thai Rath story.

However, police said they would reveal more information about the case on Monday.

Police have seized assets worth 700 million baht. He had 46 million baht in Thai bank accounts and was frequently sending packages abroad with the help of his wife.

They had just bought a 20 million baht home in Cyprus.

They had fancy homes in Bangkok and Phuket with many top of the range cars and other possessions.

Police said they lived an extravagant lifestyle while selling heroin, cocaine, amphetamines and other items on Alphbay, a site on the so-called Dark Web with 250,000 users trading drugs, weapons and other illegal items using Bitcoin.

Some 255 million baht worth of the Bitcoin digital currency has been seized as part of the operation.

Throughout surveillance of the suspect the Thai drugs police were in close contact with both the Federal Bureau of Investigation and the Drug Enforcement Agency in the USA.

The Thai authorities were also in contact over an investigation period of four months with police forces in Canada, France, Spain, The Netherlands, Hong Kong, Cyprus and Lithuania. 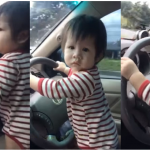 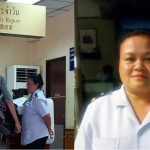