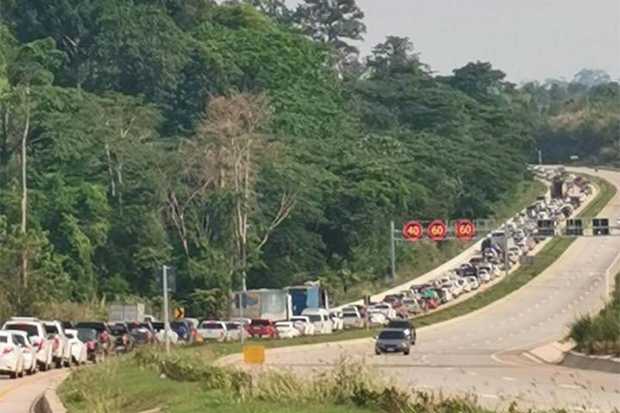 The Centre for Covid-19 Situation Administration (CCSA) is concerned about the possibility of increased virus transmission as many head to their home provinces for the long weekend.

Traffic police media outlets and other social media showed heavy traffic on Friday, the start of a four-day holiday in Thailand. FM91 Traffic Police radio and Jor Sor 100 traffic radio reported bumper-to-bumper traffic for kilometres on one of the most congested highways, Road 304 from Bangkok towards Nakhon Ratchasima.

Vehicles exiting Bangkok jammed Mittraphab Highway towards the northeastern region, roads to Pattaya and other eastern provinces and the Asian Highway and Pahonyothin Road to the North.

The exodus came as the country begins a four-day holiday period, starting on Labour Day on Friday and finishing on Coronation Day on Monday. People can get extra two days if they take Tuesday off as the coming Wednesday is another public holiday, Visakha Bucha Day.

Some airlines also resumed domestic flights on Friday after they grounded their fleets last month.

“It is a deepening worry,” CCSA spokesman Taweesilp Visanuyothin said on Friday.

He urged travellers to stay at home after arriving at their destinations and follow regulations issued in the province they live.

“You have to follow the rules in your province,” he added.

Local authorities under the provincial communicable disease committee are authorised to issue restrictions based on the virus situation in their province.

In Bangkok, people were out on the streets before the long weekend came, according to statistics compiled by the CCSA. They showed 800,000 people travelling in Bangkok in all types of vehicles including public rail transport on April 15. The number jumped to 848,000 on April 23 and 960,000 on Thursday. The CCSA did not elaborate on how the figures were calculated.

“Everybody felt more relaxed so they decided to go out,” Dr Taweesilp said.

“Do not forget to wear a mask and think of it as one of your organs,” he added. 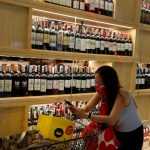 Alcohol ban to be lifted Sunday — with limits 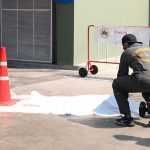 Woman jumps to her death in front of her father