FORMER Radio 1 DJ Mark Page denied plotting to have sex with children as young as 12 in the Philippines, a court heard.

Page, 62,  allegedly committed three offences over webcam while he was in the UK and two in person.

Jo Kidd, prosecuting, said: “He used charity and business as a cover to meet under-age people in order to meet them for sex.”

Page allegedly bargained down the price of involving a 13-year-old boy, messaging that “3k too much for him”.

Jurors were told that Facebook monitors raised concerns about messages which exploited children which were sent to a charity that protects young people.

The charity contacted UK law enforcement and Cleveland Police carried out a search warrant at Page’s home in Ingleby Barwick, Teesside, in January 2020.

Officers seized his phone, tablet and a computer tower, which were analysed, and the Crown said that showed Page had been in contact with children in the Philippines and had arranged payments by money transfers.

At the time he was managing director of Garrison FM, which provided radio services for the British Army, the court heard.

Page is accused of sending explicit Skype messages to a girl in the Philippines, asking for a 12-year-old to join her.

He is also accused of asking for a boy to take part when he had travelled to the Philippines, and the final offence, in 2019, related to arranging a sexual encounter with a girl aged 13.

Miss Kidd said Page denies being responsible for the comments, and that by implication, somebody else used his Skype account, his dating app account and someone else arranged the payments.

He denies five counts of arranging the commission of a child sex offence. 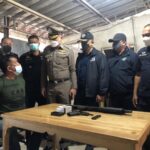 Violence on the rise as candidates compete for seats 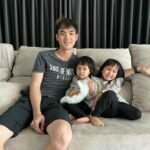