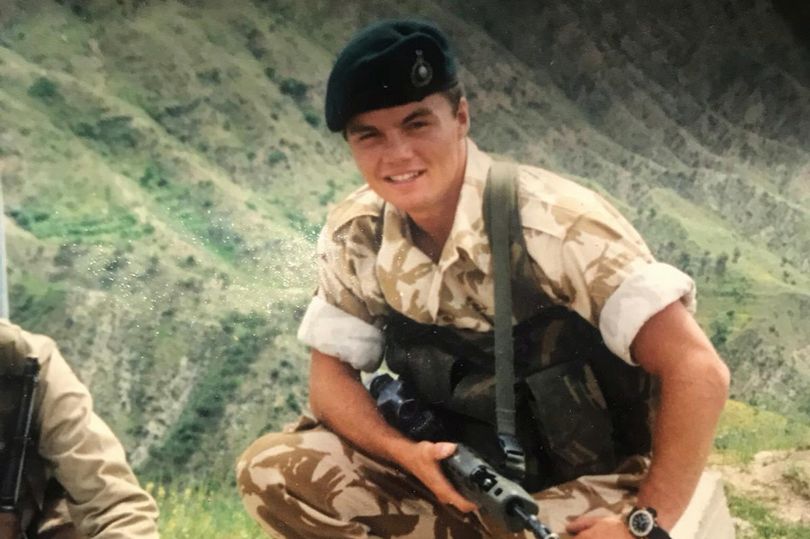 Colin Coppard has had a section of his skull removed in a desperate bid to save his life. Now his family are calling on the Government to ask Thailand to open the border to allow him home

A former Royal Marine who has been left paralysed by a massive stroke is stuck abroad after Thailand closed its borders due to coronavirus, stopping a repatriation flight from bringing him home.

Colin Coppard served his country for more than eight years, with tours in both Iraq and Northern Ireland, but his family fear he’ll die alone in a foreign country as his mental and physical health deteriorates.

The super fit ex-soldier, now works as a freelance contractor for anti poaching units in South Africa, stopping the super rich from killing animals on safari.

He had planned to take a few months out in Thailand, as he does most years, to have a break for his mind to practice Buddhism and to focus on his fitness.

But the 50-year-old from Battersea, London, was found collapsed in his hotel room in Chiang Mai and rushed to hospital, having suffered a massive stroke.

His family were told he needed a cranioscopy to remove a bleed on his brain and he had a large chunk on the left side of his skull removed.

Speaking exclusively to Mirror Online, Colin’s younger sister Maxine Coppard says he is now desperate to come home and she’s calling on the government to step in and help.

She fears her two other brothers Billy and Warren, dad Bob, mum Brenda as well as Colin’s niece, nephew and the rest of the family, will not see him alive again if he has to stay thousands of miles from home.

The 45-year-old mum-of-two said: “We are worried we’re not going to see him alive again.

“We think once we get him back to us his mental health and physical health will get better.

“We do think he will speak and walk again. Colin is strong and determined.

“My main worry is that he will come to some sort of harm over there.”

Maxine and dad Bob explained that the hospital had found Colin hiding his medicine and they are concerned he may have wanted to take them all at once.

The family has been able to see Colin over video chat and Maxine said her brother has managed to say “home, home, home” and “out, out, out”.

She says she knows he’ll be devastated with the family seeing him at such a low point.

Maxine said: “He couldn’t talk at first but he recognises us.

“When they called to say they needed to release the pressure on the brain, they said there was a chance he could be left paralysed, or not be able to speak.

“But we begged for them to keep him alive. If you know Colin, he will fight this, he will get through it.

“I’m his little sister, he doesn’t want me to see him like that.”

Dad Bob, 82, said his son’s nickname in the Marines was Lionheart.

He added: “It’s really heartbreaking seeing him. All my life I’ve worried about him.

“He did very well in the Army, but you still worry as a dad.

“When I look at him, with bit of his skull gone, it’s just so difficult.

The family has already raised money for Colin’s repatriation through a GoFundMe page and have employed a repatriation company to get him back to the UK.

But because Thailand’s borders are still closed, they are calling on the British Government to intervene.

Maxine added: “The UK FCO are unable to do anything. A man who fought for his country, no-one in power is fighting for him, as it’s in the hands of the Thai government.”

Mirror Online has approached the Foreign, Commonwealth and Development Office for comment.

Thailand’s Government offices remain shut until Tuesday as the country marks a long weekend for Songkran.

Thailand went 100 days without anyone contracting coronavirus from inside its borders until an inmate at a prison tested positive on Wednesday.

The country has seen just 58 deaths due to Covid-19. 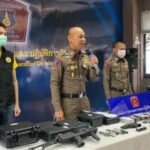 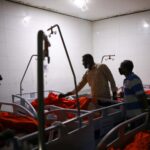