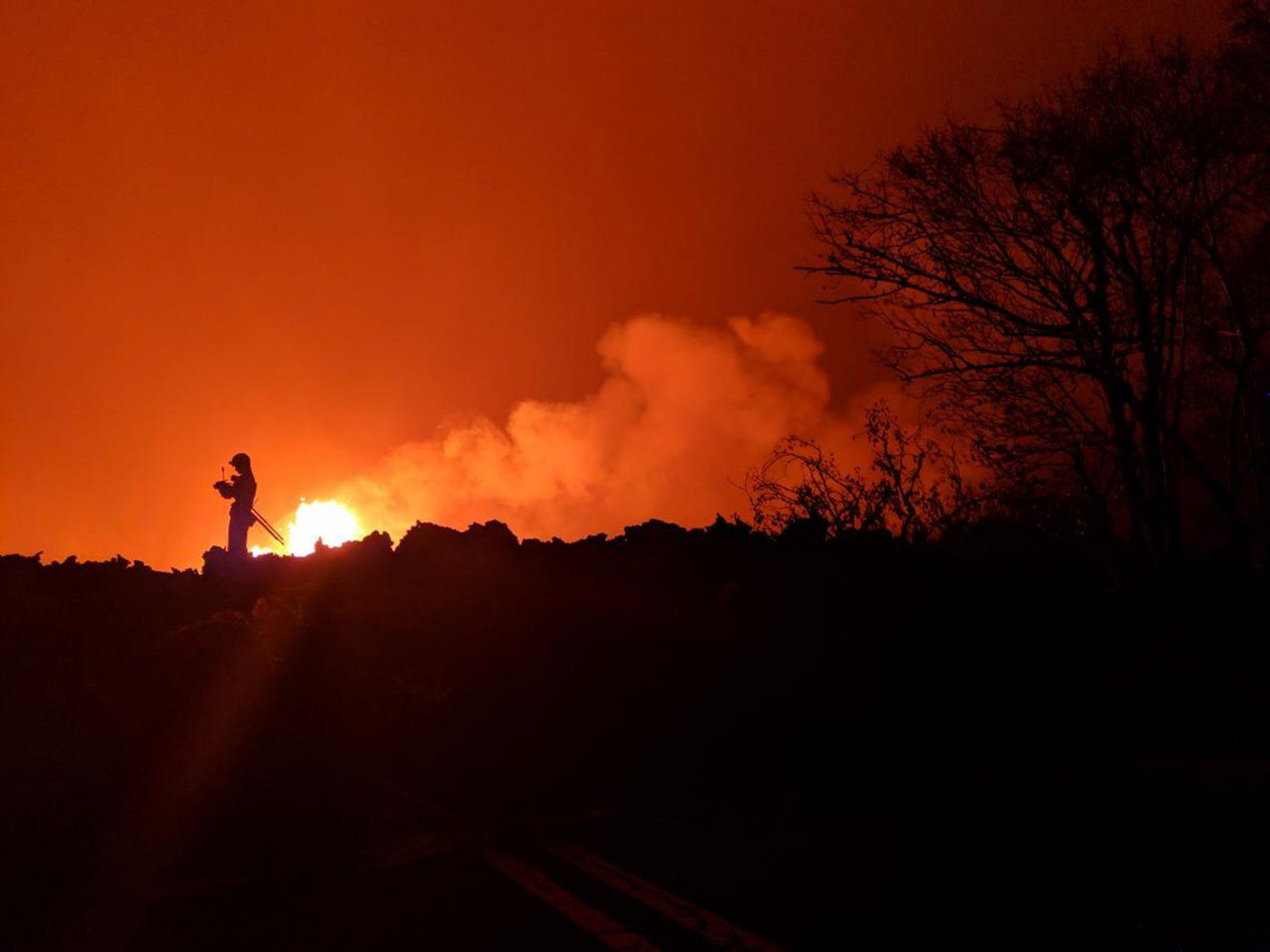 Authorities urged people in Hawaii Wednesday to evacuate an area at risk of being cut off by a flood of lava from the erupting Kilauea volcano.

“Hawaiian Volcano Observatory reports that lava from several fissures continues to advance toward the Kapoho area,” a Civil Defense message said, referencing an area that was devastated during a 1960 eruption.

“Residents of Kapoho Beach Lots and Vacationland are advised to evacuate. You are at risk of being isolated due to possible lava inundation,” the message added.

Authorities had earlier advised that lava flow from Fissure 8 had blocked a major highway and caused an electricity blackout, and recommended evacuations of other nearby areas as telephone communications were cut.

Meanwhile, a 4.5 magnitude earthquake with an epicenter at Kilauea itself was recorded on Wednesday at 11:00 am (0000 GMT). Although it was felt strongly in the area, authorities dismissed the possibility of a tsunami.

Local authorities could not confirm to AFP how many people would be evacuated. Around 2,000 residents have already abandoned their homes as a result of the eruption, which has destroyed 71 houses so far.

The lava has engulfed an area of approximately 9.5 square kilometers, with the majority ending up in the ocean, creating so-called “laze” — acid fumes created when lava meets water.

Kilauea is one of five volcanoes on Hawaii’s Big Island.

Scientists believe that volcanic activity can be a precursor to a major eruption, similar to the Kilauea eruption in the mid-1920s.