A public health official in Chiang Mai has admitted that a European tourist went down with Legionnaires’ Disease after staying in Chiang Mai.
He said that foreigners tend not to have resistance to the legionella bacteria that causes the condition.
But he added that Thais thankfully have a natural resistance to the bacteria.
Dr Sumeth Onwandee, head of the Urban Institute for Disease Prevention in the northern Thai capital, said that the hotel’s hot water systems including a reservoir for hot water, taps and shower heads were checked.
The hotel was not named.
The bacteria propagates in temperatures of 32 to 35 degrees.
Infected persons can develop a kind of pneumonia. There are thought to be about 8,000 to 18,000 cases in the US each year.
The disease was first identified after the 1976 American Legion convention in a hotel in Philadelphia.
Many legionnaires and other people died prompting one of the biggest disease investigations in US history.
There is no vaccine for the disease and prevention depends on good maintenance of water systems.
Dr Sumeth said that most Thais are immune though foreigners are more susceptible. SN – EP 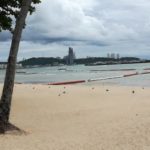