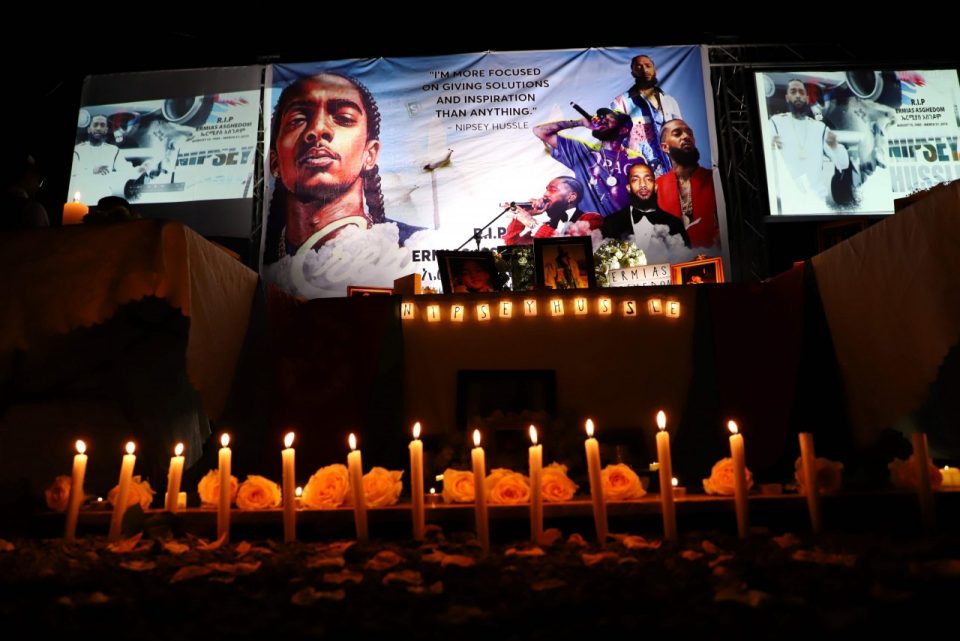 With poems and speeches, Ethiopians have held an emotional farewell for murdered rapper Nipsey Hussle, whose roots in neighbouring Eritrea won him admirers in both countries.

Known for his Grammy-nominated debut album, Hussle was shot dead last week in front of the clothing store he owned in the US city of Los Angeles, whose violence-plagued neighbourhoods he had tried to revitalise.

On Friday, 29-year-old Eric Holder pleaded not guilty to murder and attempted murder over the shooting that also wounded two other men.

At the Saturday evening memorial in the Ethiopian capital Addis Ababa, Hussle was remembered as a rare entertainer who bridged his American upbringing with his roots in the Horn of Africa.

“When we heard there’s an Eritrean rapper out there, we were fans before we heard his music,” said Ambaye Michael Tesfay, who eulogised Hussle at the event held in a darkened parking lot. “He was an icon for us.”

Before his 2018 debut album “Victory Lap” scored a Grammy nomination for Best Rap Album, Hussle, born Ermias Asghedom, had won the attention of rap fans from both Ethiopia and Eritrea for his embrace of his father’s Eritrean heritage.

Eritrea was a province of Ethiopia until 1993, when it voted for independence after a decades-long independence struggle, but both countries still have close cultural and family ties.

“When he first came out, we were all so excited. To know there was a habesha rapper out there definitely sparked some pride,” she said, using a common term to describe people from the Horn of Africa.

Hussle embraced his Eritrean heritage, visiting the country last year and telling state media, “More than anything I am proud of being Eritrean.”

The relationship between Ethiopia and Eritrea has often been tortuous, and the countries were not on speaking terms for years following a 1998-2000 border war that ground into stalemate.

That ended with the signing of a peace agreement last year that restored ties between the neighbours.

The frosty relations did little to dampen Ethiopians’ pride in Hussle’s success.

“We’re all one people,” said Nemany Hailemelekot, an organiser of the memorial.

The crowd of hundreds gathered in the parking lot observed a moment of silence for the slain rapper, who was 33.

Then by the light of candle-like sticks known as twafs held by attendees, speakers came onto a stage erected before the crowd to eulogise Hussle and read poems in his honour.