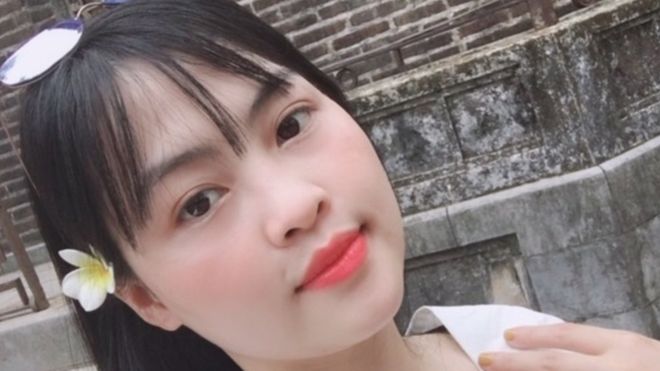 At least six of the 39 people found dead in a lorry trailer in Essex may have been from Vietnam.

The BBC knows of six Vietnamese families who fear their relatives are among the victims.

They include Pham Thi Tra My, 26, who has not been heard from since she sent text messages on Tuesday saying she could not breathe.

A man was earlier arrested at Stansted Airport on suspicion of manslaughter and conspiracy to traffic people.

The 48-year-old from Northern Ireland is the fourth person to be arrested in connection with the investigation.

Ms Tra My’s brother, Pham Ngoc Tuan, said some of the £30,000 charges for getting his sister to the UK had been paid to people smugglers and her last-known location had been Belgium.

The smugglers are understood to have returned money to some families.

Meanwhile, relatives of Nguyen Dinh Luong, 20, have also said they fear he is among the 39 victims.

Ms Tra My’s brother told the BBC: “My sister went missing on 23 October on the way from Vietnam to the UK and we couldn’t contact her. We are concerned she may be in that trailer.

“We are asking the British police to help investigate so that my sister can be returned to the family.”

The last message received from Ms Tra My was at 22:30 BST on Tuesday – two hours before the trailer arrived at the Purfleet terminal from Zeebrugge in Belgium.

Her family have shared texts she sent to her parents which translated read: “I am really, really sorry, Mum and Dad, my trip to a foreign land has failed.

Ms Tra My’s brother told the BBC her journey to the UK had begun on 3 October. She had told the family not to contact her because “the organisers” did not allow her to receive calls.

“She flew to China and stayed there for a couple of days, then left for France,” he said.

“She called us when she reached each destination. The first attempt she made to cross the border to the UK was 19 October, but she got caught and turned back. I don’t know for sure from which port.”

The BBC has passed details of Ms Tra My, who is from Nghen town in Can Loc district of Ha Tinh province area of Vietnam to Essex Police, along with details of other people claiming to have information.

The BBC also knows of two other Vietnamese nationals who are missing – a 26-year-old man and a 19-year-old woman.

The brother of the 19-year-old said his sister called him at 07:20 Belgian local time (06:20 BST) on Tuesday, saying she was getting into a container and was turning off her phone to avoid detection.

He has not heard from her since.

He said a people smuggler returned money to the family overnight, and the family of the 26-year-old who she was travelling with also received money back.

A spokesman from the Vietnamese Embassy in London confirmed they had been in contact with Essex police since Thursday.

They said Vietnamese families had appealed to them for help finding out if their relatives were among the victims but added they had not yet received any official confirmation.

The victims of the trailer were 31 men and eight women and Essex Police initially said they were all believed to be Chinese.

They were found at an industrial estate in Grays at 01:40 BST on Wednesday.

At a press conference on Friday evening Deputy Chief Constable Pippa Mills said the force was working with the National Crime Agency, the Home Office, the Foreign and Commonwealth Office, Border Force and Immigration Enforcement.

She said she would not be drawn on any further detail about the nationalities of the victims until formal identification processes had taken place.

“We gave an initial steer on Thursday on nationality, however, this is now a developing picture,” she said.

Police have confirmed the scene at Waterglade Industrial Estate in Eastern Avenue was closed on Friday.

Essex Police also urged anyone fearing their loved ones may have been in the lorry to get in touch.

“I can’t begin to comprehend what some of you must be going through right now. You have my assurance that Essex Police will be working tirelessly to understand the whole picture to this absolute tragedy,” said Det Ch Con Mills.

She also urged anyone living illegally in the UK who may have information to come forward, without fear of criminal action being taken against them.

GPS data shows the refrigerated container trailer crossed back and forth between the UK and Europe in the days before it was found.

It was leased from the company Global Trailer Rentals on 15 October. The company said it was “entirely unaware that the trailer was to be used in the manner in which it appears to have been”.

Essex Police said the tractor unit (the front part of the lorry) had entered the UK via Holyhead – an Irish Seaport in Wales – on Sunday 20 October, having travelled over from Dublin.

Police believe the tractor unit collected the trailer in Purfleet on the River Thames and left the port shortly after 01:05 on Thursday. Police were called to the industrial park where the bodies were discovered about half an hour later.

Temperatures in refrigerated units can be as low as -25C (-13F). The lorry now is at a secure site in Essex.

A spokesman for the UN International Organization for Migration said the discovery of bodies in Essex did not necessarily indicate a major shift in migration patterns.

“These are the kind of random crimes that occur every day in the world somewhere,” he said. “They get huge attention when they do but they don’t necessarily indicate a big shift in migration or patterns in any place in particular. It’s just the condition of what happens when this many people are engaging this many criminal groups to reach a destination, which of course we deplore.”

Detectives are still questioning the lorry driver, Mo Robinson, of County Armagh in Northern Ireland, on suspicion of murder. He was arrested on Wednesday.

Two other people were also earlier arrested on suspicion of manslaughter.

The man and woman, both 38, from Warrington, Cheshire, are also being held on suspicion of conspiracy to traffic people.

Police officers were seen at the couple’s home address in Warrington, with a police van and two squad cars parked outside. 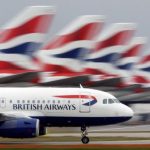 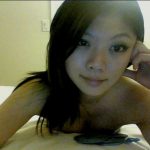 Update: Sextortion is a growing problem across Asia