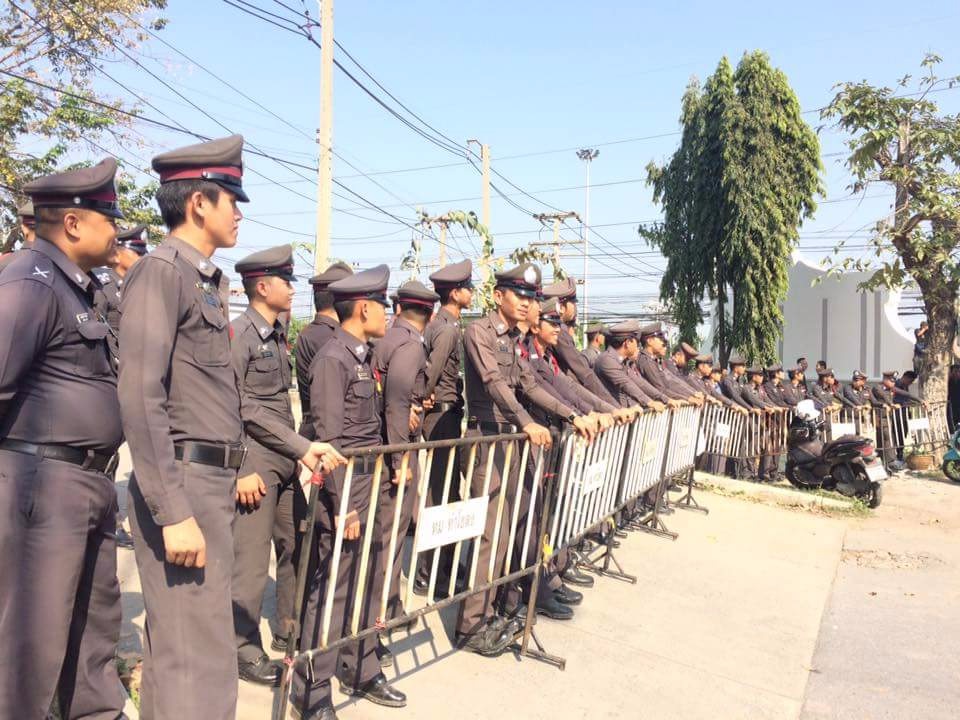 Police on Saturday spent several hours blocking a group of grassroots activists and academics from marching from the northern edge of Bangkok to Khon Kaen province to demand for equal rights.

Citing the ban on political gatherings of five or more people, authorities blocked about 70 to 80 activists from starting a 450-kilometer march from Bangkok’s Rangsit area to Khon Kaen organized by the People Go network to demand equal rights. After reaching a compromise with the authorities, about a dozen were allowed through late Sunday afternoon.

Assembling at Thammasat University’s Rangsit campus in Pathum Thani province just north of Bangkok, the group were been blocked by a barricade of dozens of officers acting on the orders of the ruling junta, said Anusorn Unno, a member of the group.

Anusorn said the group originally planned to march out of the university toward Khon Kaen in a month-long walk to raise awareness about rural and political rights.

Speaking by phone shortly before 4pm, Anusorn said the group had yet to come up with an alternative plan deemed acceptable by the military regime.

“They allowed us to carry out activities inside the university but not leave the campus,” said the sociologist.

Anusorn’s group seeks to highlights issues such as rights to universal healthcare, food security – including alternative agriculture – guarantee that no legislatures undermines human rights, community rights, appropriate management of local natural resources and a call for a more participatory constitution.

The initial blockade led to criticism on social media.

“Even their right to walk has been curbed. Is this a country that is heading toward elections?” wrote Twitter user @Aoewiki, a self-proclaimed northeasterner with 10,000 followers.

The junta banned political gatherings upon seizing power in 2014, saying it was necessary to restore order and stability. Such restrictions have not been lifted despite a promise that elections will be held in nine months.

Human rights lawyer Sirikarn Charoensiri warned the National Council for Peace and Order, or NCPO, to think carefully, claiming it was embarrassing itself and undermining its own image. 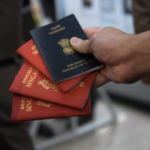 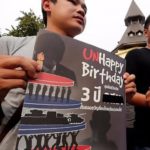