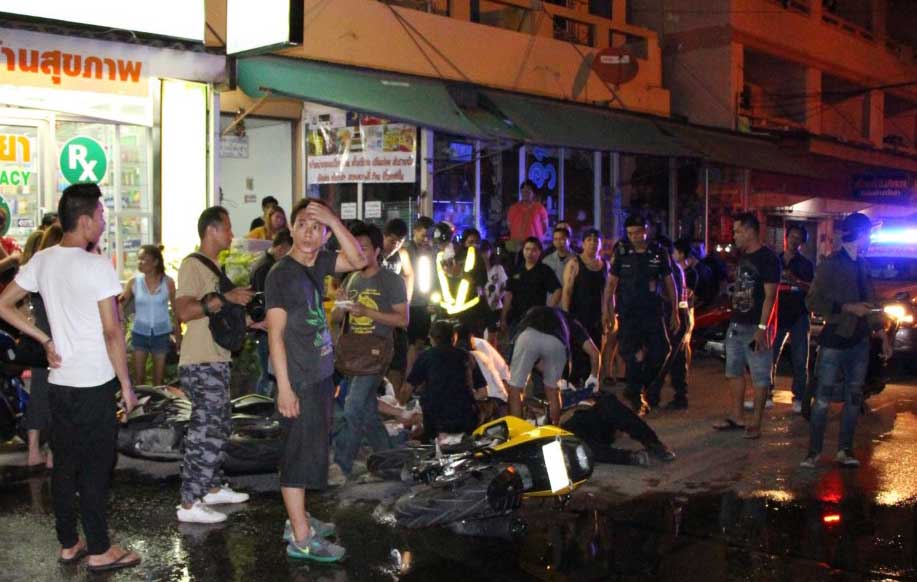 There was one thing on the minds of a crowd that gathered when two motorcyclists collided head on in Pattaya early this morning – both seriously injured riders were 25 years old.

Most Thais believe in something called “Athan Benjaphaet” that equates to monumental or life changing things happening to people when they are 25.

Siamchon news mentioned it in the headline and details of the story of the crash that happened outside the Ban Sukhaphap pharmacy on Soi Kor Phai about 4am.

A video of the aftermath of the accident showed what usually happens in such circumstances in Thailand.

Sawang Boriboon Pattaya foundation medics arrived at the scene to find two Yamaha M Slaz bikes – one yellow and one grey – on their sides and next to them two riders with severe head injuries.

Siamchon reported that both riders were rushed to hospital though the video showed one rider, the larger of the two, still writhing on the ground after the other had been taken away with a woman in a covered rescue pick-up.

There was water on the road but the cause was unknown and police are studying CCTV footage in the area to try to find out what happened.

However, the Thai news media reported that the fact that both riders were 25 was enough to put up the hairs on the back of the neck of people in the crowd of onlookers.

Siamchon reported that this was a clear case of “Athan Benjaphaet” or “The Enigma of being 25”. 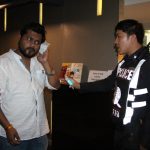 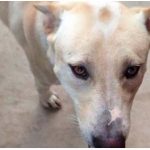