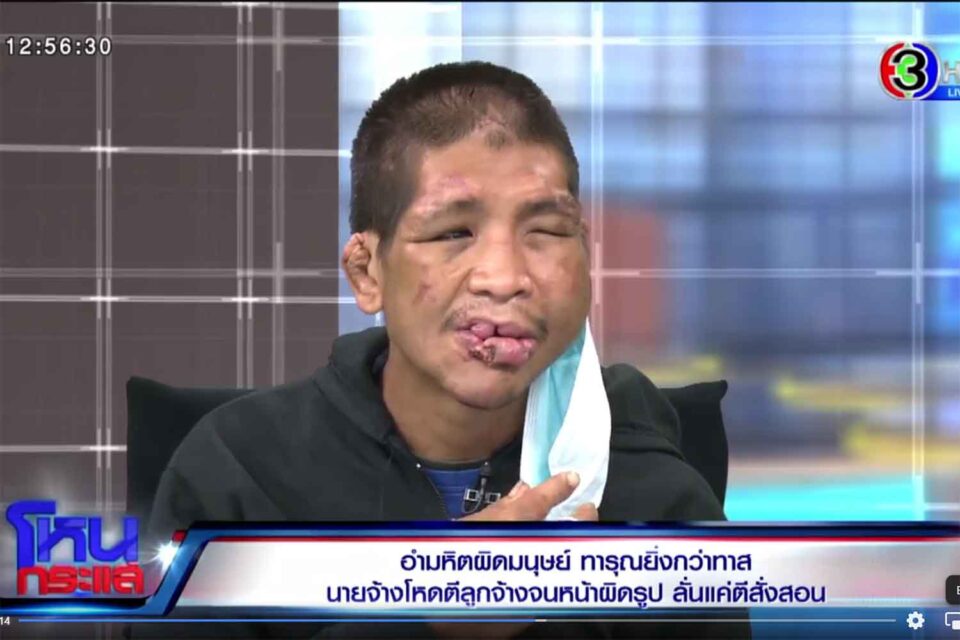 A female employer and her close aide were arrested in Sing Buri province for allegedly torturing and assaulting a male employee, leaving his face deformed and his battered penis infected.

Media reported that a 50-year-old woman called Je Kang and her close aide were arrested in In Buri district on Tuesday for allegedly abusing employee Jirawat Laosuwan, 29.

Pol Lt Gen Jirapat Phumchit, commissioner of Provincial Police Region 1, was quoted as saying that Mr Jirawat had worked for the woman at her remote, fenced-off farm product factory. His elder brother was her ex-husband.

In the Hone Krasae TV programme on Channel 3 on Wednesday, Mr Jirawat told programme host Kanchai Kamnerdploy that he had been beaten with a PVC pipe and baseball bat and forced to eat the dung and lick the urine of dogs and cats when he failed to clean their area satisfactorily.

His penis was also struck, and it later became infected.

He also said that he lost sight in his left eye and his ears, forehead and lips had been deformed by the beatings.

Mr Jirawat said he had never received any payment. When he was caught one time for stealing 40 baht from his employer to buy a snack, he was struck in the face with a PVC pipe and baseball bat as punishment.

His brother Thapanawat, 38, recently took him away from the employer’s premises and filed a complaint with In Buri police station.

Mr Jirawat said he had not run away immediately because he wanted to show gratitude to Ms Naipaporn for having earlier taken care of him and paid for his schooling before he became a dropout. 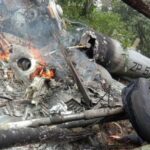 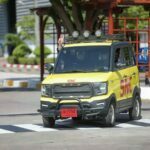