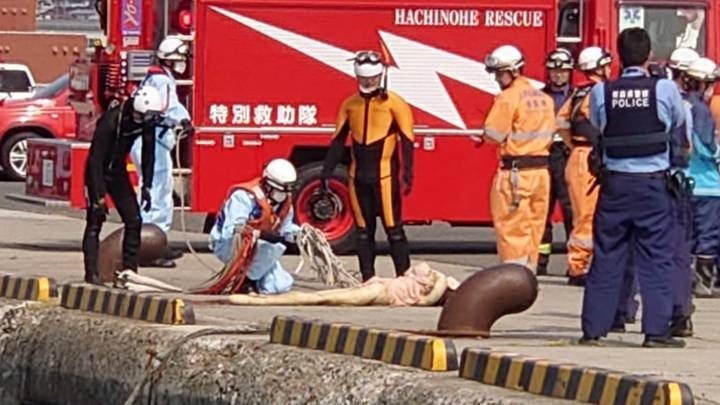 Rescuers in Japan were left shocked after they pulled a ‘drowning woman’ out of the water only to discover it was a sex doll.

Japanese YouTuber Tanaka Natsuki happened to be out filming when she saw a ‘body’ in the water and the next thing she knew police, firefighters and paramedics arrived at the scene on the coast of Hachinohe.

Natsuki had believed it was a woman being pulled from the water, until she realised that it was actually just a rubber sex doll, sometimes referred to as a ‘Dutch wife’.

She wrote: “While I was filming for my fishing video, I thought that a corpse had come floating by, but it turned out to be a Dutch wife.

“It seems someone misunderstood what it was and called the authorities, so a ton of police, fire trucks, and ambulances showed up.

It’s thought well-meaning passers-by called in the emergency services after spotting the ‘body’ floating upside down in the water.

It’s not yet known who is responsible for lashing the poor doll into the water, but, bizarrely, this isn’t the first time a sex doll has prompted a police response after being mistaken for a corpse by a member of the public.

In September last year, Brittney Pennington and boyfriend Taylor Day called the cops after finding a ‘deceased female’ while out fishing in Virginia Beach, US.

But thankfully, it turned out to be nothing more than an old sex doll.

Brittney said: “Suddenly we saw them just pick it up, plop it in the little dinghy and come over.

“They asked, ‘Well, are y’all missing anything?’

“It was an abandoned sex doll, it was one of the realistic squishy ones that I guess are a good amount of money.

“They were just relieved it was fake. Thirty emergency service people started cracking up and everybody was taking pictures.

“They said, ‘I don’t think we’re going to do any paperwork on this’.” 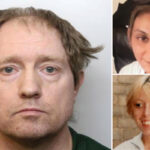 Monster who ‘likes blood and pain’ jailed for life 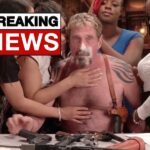