ElonMusk ruined what should have been a highlight of a British diver’s life by falsely accusing him of being a pedophile, a lawyer for the diver said on Tuesday as the defamation trial against Tesla chief executive got under way.

Musk was expected to testify later in the day in the trial over whether he harmed Vernon Unsworth’s reputation by calling him “pedo guy” on Twitter.

Unsworth sued Musk in September 2018, two months after playing a leading role in the rescue of 12 boys and their soccer coach from the flooded Tham Luang Nang Non-cave in Thailand.

Musk’s Twitter habits have long been under a microscope, and a jury of three men and five women will consider whether Unsworth is entitled to unspecified damages from Musk over “pedo guy” and other tweets.

The trial before U.S. District Judge Stephen Wilson in Los Angeles is expected to last about five days.

Musk has apologized for his “pedo guy” comment, saying the term was a common insult in South Africa where he grew up.

But in his opening statement, Unsworth’s lawyer, Taylor Wilson, said the tweet was more than a slip-up, and Musk had no business branding Unsworth a pedophile “in what should have been one of the proudest moments of his life.”

Musk lawyer Alex Spiro countered that Unsworth did not act after the tweet like a man who suffered because of it.

“The plaintiff is saying he has been horribly damaged, and deserves money,” Spiro said. “He doesn’t.”

With 29.8 million followers, Musk has made his Twitter account a major source of publicity for his Palo Alto, California-based electric car company, which does not advertise.

While the case does not involve Tesla, it is among the last issues hanging over Musk from a turbulent 2018 and early 2019, when he regularly clashed with Wall Street and short-sellers as Tesla struggled with production problems.

The episode began after Musk offered a mini-submarine from his SpaceX rocket company to help with the cave rescue.

Unsworth went on CNN on July 13, 2018, three days after the rescue was completed, belittling the offer as a “PR stunt” and saying Musk could “stick his submarine where it hurts.”

Two days later, Musk lashed out at Unsworth in a series of tweets, including by calling him a “pedo guy.”

To prevail, Unsworth needs to show that Musk was negligent. This requires proof that the tweets were false, that Musk did not use reasonable care to determine if they were true, and that people reasonably understood them to mean he was a pedophile.

Unsworth’s case got a boost when Wilson last month said the diver’s sudden fame from the rescue did not make him a “public figure,” meaning he did not need to show that Musk acted with “actual malice” when posting his tweets.

Lawyers for Musk have said the tweets were opinion, not statements of fact, and that Unsworth knew of no one who thought he was a pedophile based on them.

They have also said Unsworth sought to profit from his role in the rescue and provoked Musk’s response by suggesting on CNN that Musk did not care about the lives of the trapped boys. 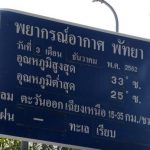 Cold weather and wind expected for next week in Pattaya area, lows around 18C, Thai Meteorological Department warns locals to bundle up 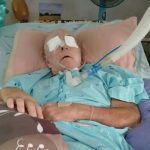