Home » Elections up to me, says Prayut 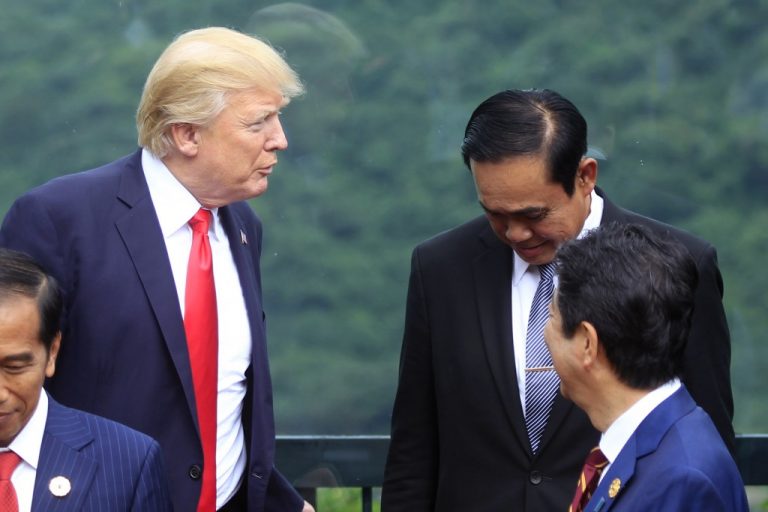 Junta leader Prayuth Chan-ocha said Thursday that he’s been inspired by the doctrine of US President Donald Trump to put “Thailand First” when it comes to deciding when elections will take place.

Speaking to reporters at the Government House, Gen. Prayuth said a ranking American military official did not raise the question of elections in a meeting yesterday because the United States is “not worried” about whether Thailand holds them or not.

“P’President declared, ‘America first!’” Prayuth said, referring to Trump as his senior. “So for me, I have to declare, ‘Thailand first!’ I have to take care of my people and our country’s interests.”

Prayuth was referencing a Wednesday meeting between Defense Minister Gen. Prawit Wongsuwan and Gen. Joseph F. Dunford Jr. of the US Marine Corps.

“He didn’t ask or worry about Thai elections,” Prayuth said. “He just encouraged us on our democratic path.”

Prayuth has been under pressure at home to keep a promise made while meeting Trump last year that he would hold elections in November. That promise, the latest in an annual series, seems to have been broken, prompting fresh protests against indefinite military rule.

Prayuth said Thailand’s path was up to him – and the law.

“Does the media even know how Thailand and the US are different? They’re different in the fundamental social structure: education, careers and income,” Prayuth said. “Therefore we need strong ways to lead us to democracy in the timeframe by following these two ways: one, my way and two, the law’s way.”

Prayuth also said that his new political vision of Thai Niyom, or the “Thai Way,” would officially be announced Friday.

Reporters also asked how Prawit – under investigation for owning dozens of undeclared luxury watches – is doing.

Trump has been criticized for cozying up with dictators and failing to promote democracy abroad. 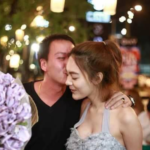 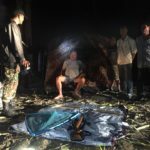