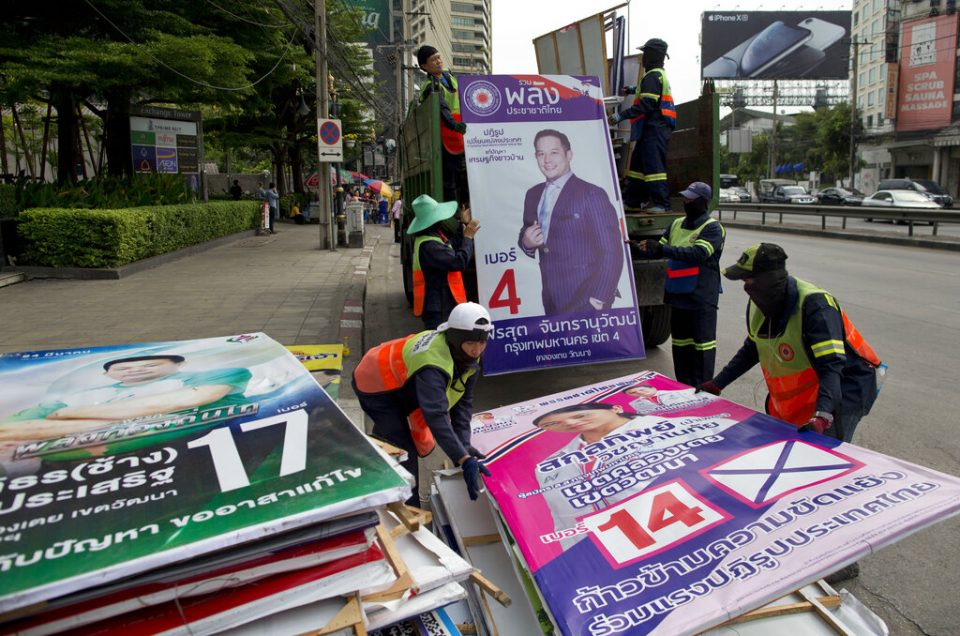 Thailand’s Election Commission said Thursday that 100 percent of the votes from the recent general election had been counted and the party allied with the current ruling government has won the most votes, though the results are not yet official.

In a surprise news conference, the commission did not say how many seats that would translate into for the Palang Pracharath party. The commission announced earlier that the Pheu Thai party had won the most constituency seats in Sunday’s vote.

The Election Commission has faced mounting pressure to speed up the vote count and to address widespread concerns about potential irregularities. In addition to being criticized on social media, the U.S., European Union, Australia and others had called for the commission to address such concerns.

The election was for 500 seats in the lower house. Of those, 350 seats are set aside for the winner of each constituency, while another 150 so-called party list seats are divided between parties based on a proportion of the overall vote.

Official results don’t have to be announced until May and the commission has said the seat allocation could change as it investigates complaints and lawsuits in some constituencies.

Pheu Thai and several other parties announced Wednesday that they believed that had won a majority of seats in the lower house and should form the next government.

Even if the coalition does secure more than 250 lower house seats, it may not get to form the government due to the country’s new political system in which the unelected 250-member Senate will join the 500 elected members of the lower house in a vote for prime minister, meaning a party without Senate support would have to get the support of 376 house members to ensure its choice becomes premier.

The vote for prime minister will likely take place sometime in May.