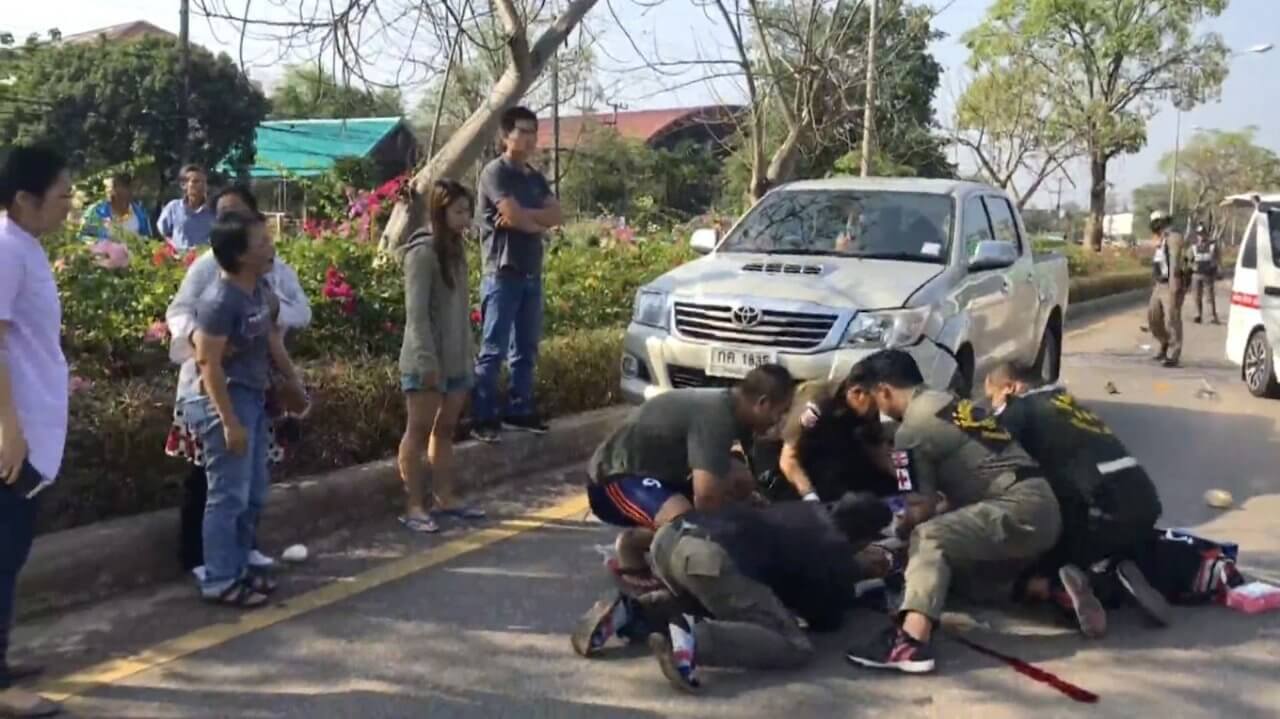 An elderly woman suffering from amnesia was killed while crossing a road in Nong Khai’s Mueang district on Tuesday morning.

Pinkaew Thongkan, 70, was hit by a pickup truck while crossing the Nong Khai-Phon Pisai road in front of the Samakkhi community in Tambon Had Kham, police said.

Plastic bags of cooked food were found near her body, so it was believed she had crossed the road from the community where she was staying in order to buy provisions, and was crossing back when she was struck by the vehicle.

The truck driver, Sutthinai Phanpikroh, 47, told police that the woman had stepped onto the road without checking for oncoming traffic, and he had not been able to stop in time.

He said he had tried to veer to the right to avoid her, but his right-side wheels hit a traffic island and the pickup continued to move forward and hit her.

Niratcha Naksen, head of the community, said Pinkaew suffered from amnesia and had been staying with her daughter, but she liked to walk around and cross the road.

Local residents, who knew her, would always try to dissuade her from crossing the road, but she rarely listened, Niratcha added.

Sword-wielding song thaew driver gets slap on the wrist