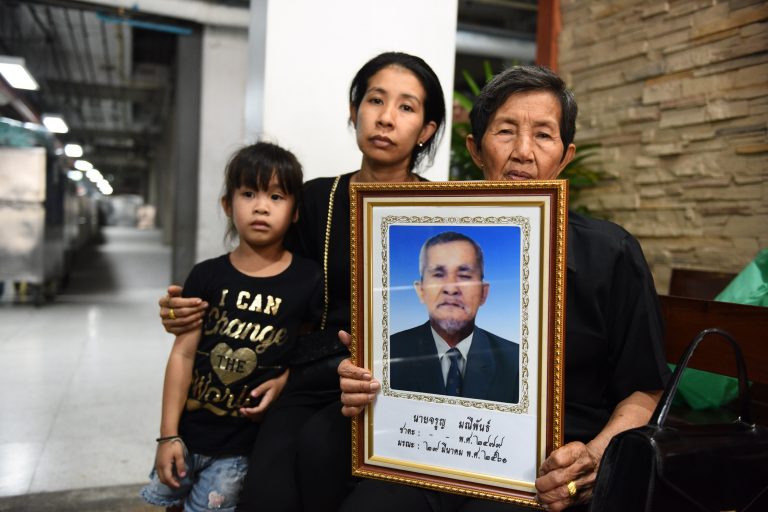 An elderly scavenger kicked unconscious earlier this month died Thursday night, leading police to upgrade charges against the man who assaulted him.

Juroon Meepan, 82, was rushed to the hospital with a fever and bedsores and died at at 10:50pm at Rajavithi Hospital. Attempts to resuscitate him failed after 30 minutes. Two weeks ago he was kicked off his bicycle cart by Narathorn “George” Soattiyung, 21, whose motorcycle clipped his cart, called a saleng, in a Bangkok alley.

“I want to tell him, don’t worry anymore. You get to rest now,” Juroon’s 71-year-old wife Chaluay Jaritek said this morning. “To young people: Don’t be so hot-headed. Look at what happened here. Please act like good people. Parents want good children.”

Narathorn, who had been accused of assault, was re-arrested and charged with manslaughter before being freed this afternoon on a 180,000 baht bond.

Manus said the cause of death was septicemia, a blood infection particularly life-threatening to the elderly. Manus said X-rays did not find evidence of any brain hemorrhaging.

Chaluay said she did not get to have any final words with her husband, who had been unresponsive since the assault.

“I just got to tease him a little, saying that he must be so comfortable, having someone feeding him all day,” Chaluay said.

Juroon’s daughter Wanida Maneepan said Friday their “great loss” should be a lesson.

“Personally, I am angry. But on the other hand, my dad was old and it’s better for him to rest finally,” she said. “I want to tell people to not do this to anyone’s family. It’s such a great loss.”

Before falling on hard times and having to collect waste and discarded goods to sell from his saleng, Juroon was one of the founders of a metal fabrication company called Saksit Alloy. He was forced to sell his stake following the Tom Yum Kung financial crisis of 1997. 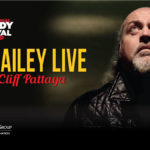 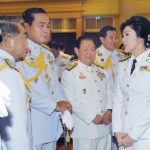