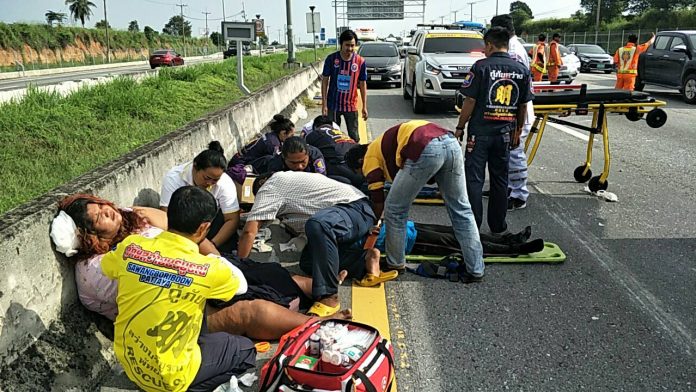 Eight people have sustained injuries after a pickup truck flipped in Pattaya yesterday.

The damaged pickup truck was found on the road. Eight injured parties were taken to Bang Lamung Hospital.

The pickup truck driver Sombat Saelee said he and workers were going to a construction site in Pattaya.

He was avoiding a collision with another car when the pickup truck lost control and was flipped over as a result. However, police are continuing their investigation to find the cause of the accident.

This comes only a short period of time after an accident with an overloaded pickup truck in Samut Prakan killed 13 young students instantly and several more died in a local hospital. As a result of the incident, the government and road safety organizations were warning against riding in the back of trucks.

It is technically illegal to ride in the back of a truck but generally not enforced. The government under the junta attempted to enforce the law in 2016 and were met with major backlash from rural families who have no other form of transportation. 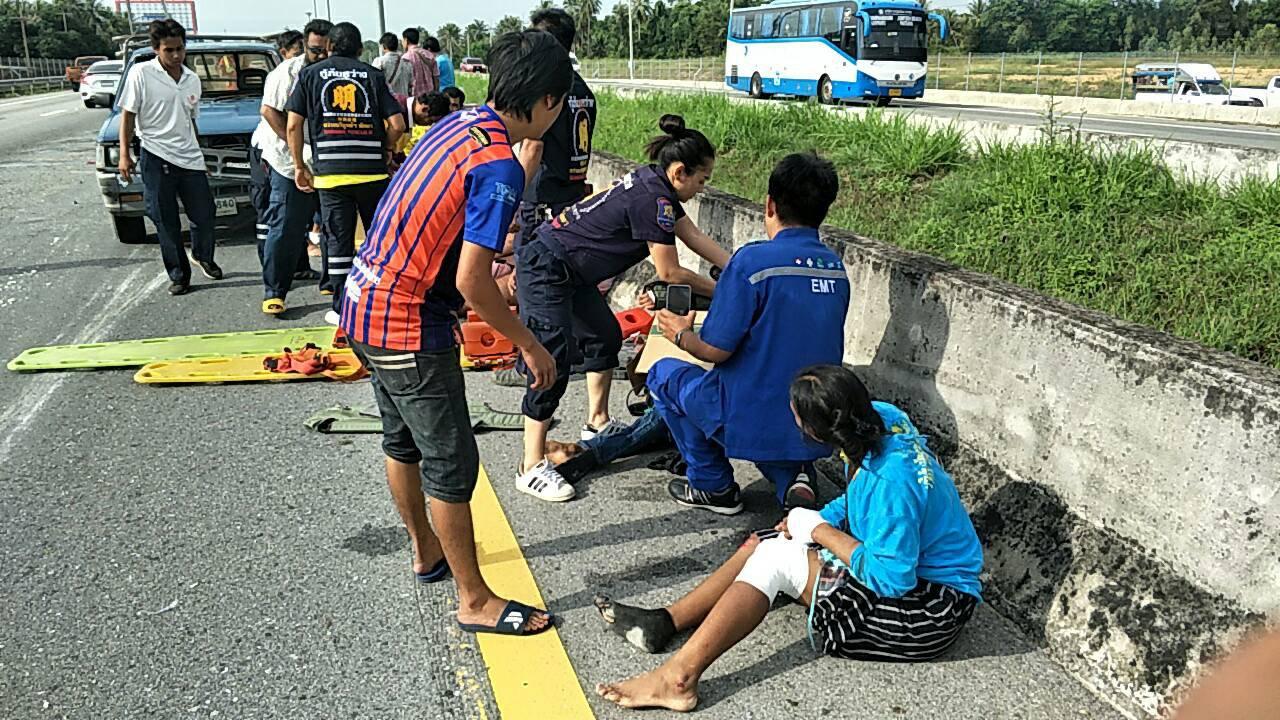 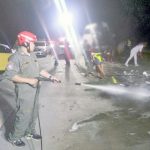 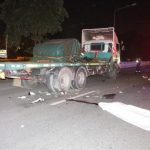 Motorbike driver decapitated after colliding with truck in Bang Lamung