Park rangers struggled for more than eight hours on Sunday before successfully extracting a wild elephant bogged down in a pool of mud.

About 30 rangers from Phu Phan National Park in Phu Phan district, aided by villagers, attached ropes to tug Nimnuan, a 49-year-old female jumbo weighing four tonnes, out of the muddy quagmire at 11 am on Sunday.

At 7 pm, they finally extracted the animal, letting her return to the forest.

Sakon Nakhon governor Witthaya Chanchalong said the rescuers had to fashion a track to pull the elephant out of the mud pool and took several breaks to give the Nimnuan a rest.

Nimnuan was found trapped in the mud on Sunday morning.

Park rangers and villagers said it may have ventured down from Phu Phan mountain in search of bananas, and become trapped in the soft soil due to its heavyweight.

Nimnuam was released to the forest between 2009 and 2010 under a project of Her Majesty Queen Sirikit of the late King Rama IX to return elephants to forests, according to the park. 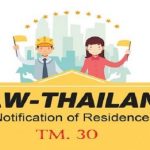