Footage posted on Twitter showed panicked people fleeing a building in Sulaimaniyah, northern Iraq, as windows shattered at the moment the quake struck late Sunday, while images from the nearby town of Darbandikhan showed major walls and concrete structures had collapsed. “There are 164 dead and more than 1,686 injured,” Behnam Saidi, the deputy head of the Iranian government’s crisis unit set up to handle the response to the quake, told state television. Six others were reported dead on the Iraq side of the border.

We are in the process of setting up three emergency relief camps,” said Mojtaba Nikkerdar, the deputy governor of Iran’s Kermanshah province. The quake hit 30 kilometres (19 miles) southwest of Halabja in Iraqi Kurdistan at around 9.20 pm, when many people would have been at home, the US Geological Survey said. Iran’s emergency services chief Pir Hossein Koolivand said it was “difficult to send rescue teams to the villages because the roads have been cut off… there have been landslides”. The worst-hit towns in Iran were Qasr-e Shirin in Kermanshah and Azgaleh, about 40 kilometres northwest, the official IRNA news agency said.

It added that 30 Red Cross teams had been sent to the quake zone, parts of which had experienced power cuts. In Iraq, officials said the quake had killed six people in Sulaimaniyah province and injured around 150. In Sulaimaniyah, residents ran out onto the streets and some damage to property was reported, an AFP reporter there said. “Four people were killed by the earthquake” in Darbandikhan, the town’s mayor Nasseh Moulla Hassan told AFP. A child and an elderly person were killed in Kalar, according to the director of the hospital in the town about 70 kilometres south of Darbandikhan, and 105 people injured.  Source: Nation 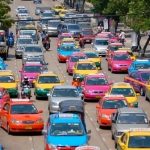