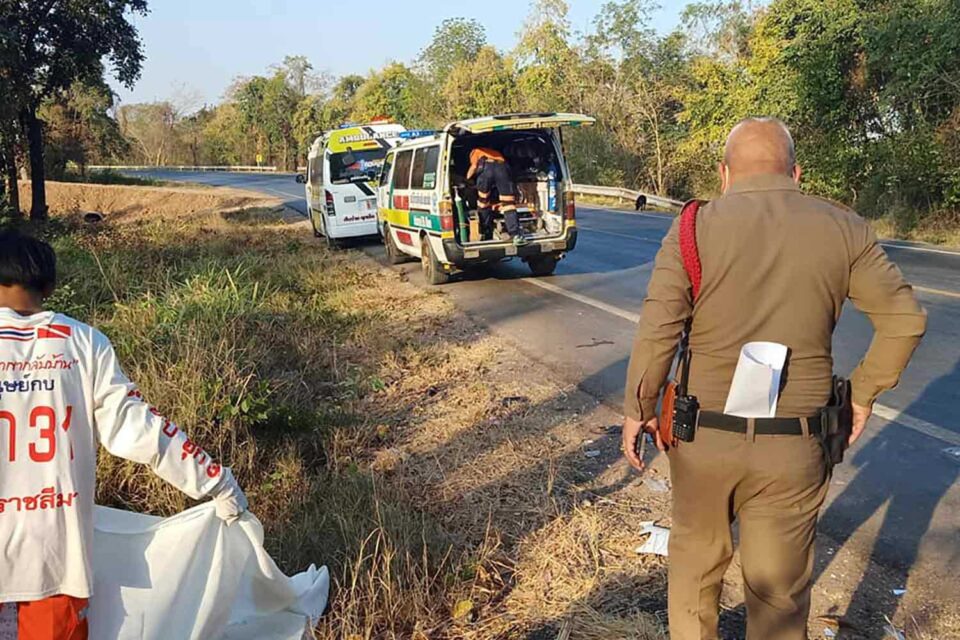 A cyclist was found dead on the road and his badly damaged bicycle nearby in Non Thai district on Tuesday morning, believed to be the victim of an overnight hit-and-run driver.

The discovery was reported to Non Thai police about 7.10am.

The dead man was identified as Sithipong Samranrom, 33, of Moo 8 village in tambon Non Thai.

By the condition of this body, he was thought to have died about nine hours earlier.

Sithipong’s blue bicycle had been hit from behind. Police also found a left-side wing mirror from a whiteToyota Revo pickup at the scene.

Pol Maj Uthin said it was likely the cyclist was hit by a car about 10pm on Monday. The road waa dark, without lighting.

Recordings of surveillance cameras along the road would be examined, and they would track down the driver responsible, he said.

A police officer examines the spot where cyclist Sithipong Samranrom was found dead near his damage bicycle, on the Non Thai-Kham Sakae Saeng road in Non Thai district, Nakhon Ratchasima, on Tuesday morning. The man was believed to be the victim of an overnight hit-and-run driver. (Photo: Prasit Tangprasert) 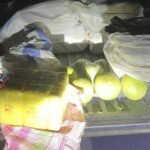 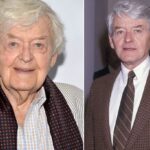