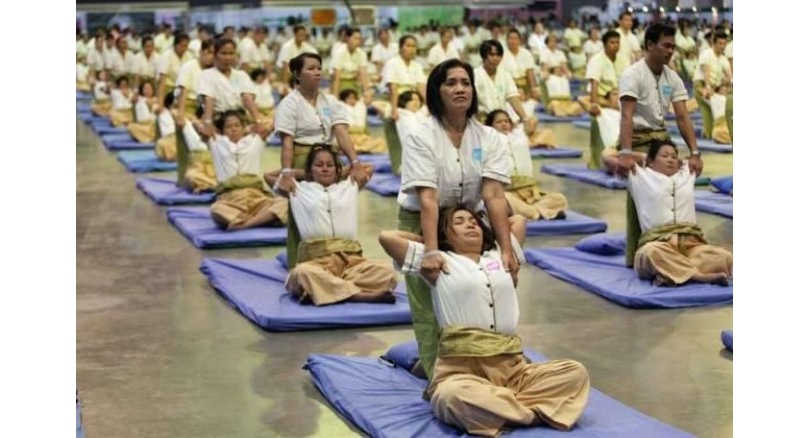 THE DEPARTMENT of Special Investigation (DSI) has issued a warning to Thai women planning to work as traditional masseuses in South Korea, following the arrests of key members of a Thai-Korean criminal network soliciting sex workers.

DSI director-general Pol Colonel Paisit Wongmuang said masseuse is not a legal occupation in South Korea, hence Thai women should beware of criminals soliciting innocent persons on social media platforms to work in that country. According to non-government organisations, a growing number of Thais have been lured to South Korea to work as traditional Thai masseuses, and then been forced to work as prostitutes. Paisit said the women’s passports would be taken away and they would be closely watched around the clock by members of the criminal network.

South Korean police have recently cracked down on prostitution dens, rescuing victims and arresting eight Korean members of an alleged human trafficking and prostitution-soliciting network who are now facing criminal charges. The South Korean police investigation subsequently expanded to Thailand. Cooperation with the DSI has resulted in arrest warrants being issued for seven other Koreans and three Thai accomplices. These include an alleged key member of the criminal |network, Kim Hyoung-joon, who was arrested in August.

On Friday, the DSI also arrested another suspect, Chatchadaporn Charernnet, at Don Mueang Airport. Chatchadaporn is said to have worked as an agent to solicit innocent women to work in South Korea via social media platforms by falsely suggesting that the women would be working in decent Thai massage parlours with free accommodation, benefits and a good income. But these women would be in fact forced into prostitution upon their arrival in South Korea.

The DSI has warned Thais to be careful when encouraged on social media to go and work in Korea. They say some victims voluntarily went to Korea using tourist visas but they did not expect to work in hostile conditions far away from city areas. There are also human trafficking networks soliciting women to work illegally in Malaysia, Singapore and the Middle East.

Meanwhile, the DSI and the Royal Thai Navy yesterday jointly arrested a key suspect in a human trafficking case in the Gulf of Thailand. They claim he is part of a criminal network responsible for luring innocent people to work on fishing vessels in hostile conditions. Along with three other suspects, Thanongsak Mahasubsakorn, from Songkhla province, was arrested at sea, aboard a fishing vessel about 40 kilometres off the coast of Nakhon Si Thammarat province. He is facing charges of human trafficking.  Source: Asia Nation