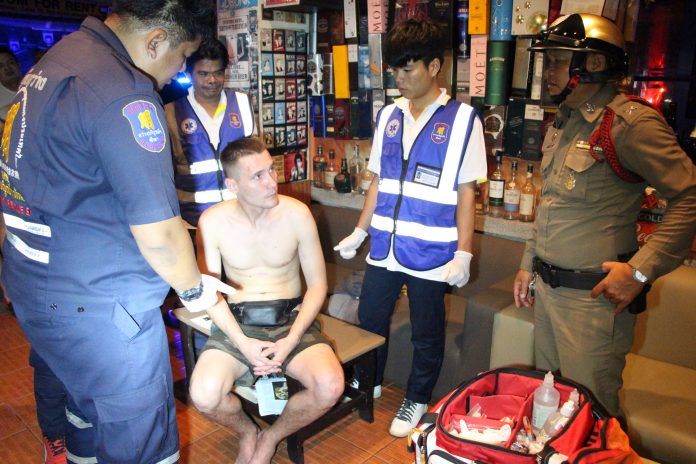 An intoxicated Russian tourist has sustained minor injuries after he fell through the roof of a local beer bar in Pattaya at about midnight this morning.

Sawang Boriboon Thammasathan rescue workers were notified of the incident at about 0.30 AM at a Bar in Moo 12, Nongprue.

Police, The Pattaya News and emergency responders arrived at the scene to find the intoxicated Russian man identified as 30-year-old Roman Shitov. He had some scratches and bruises all over his body.

Ms. Ketsaraporn Thaisaenth age 31 years old who works at the bar said she heard a loud noise in her kitchen. She thought her oven had exploded as she was baking a cake at the time of the incident.

She rushed to the scene where she found Mr. Shitov in the kitchen, wearing only boxer shorts and a fanny pack, appearing confused and heavily drunk.

Mr Shitov has agreed to pay for the roof damage. He didn’t explain anything about what had happened and walked away from the scene after paying an undisclosed amount. He was so drunk he was unable to answer any questions and refused to explain why he was walking on the roofs of local bars alone, shirtless and shoeless.

Staff gave him a shirt before he stumbled off again after paying for more adventures. He refused to go to a hospital for further medical assistance. 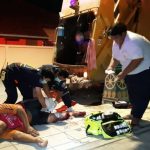