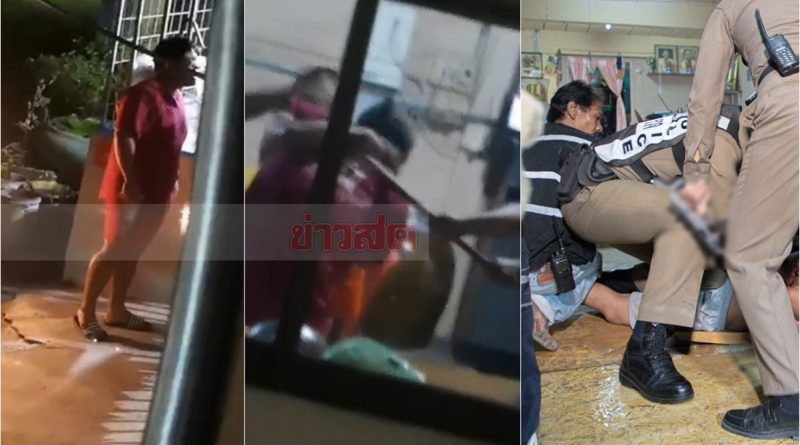 Police Lieutenant Colonel Kritpad Jumniansakul from the Trat City Police Station received notification of an argument involving a gun on 26 October 2020. The report stated there were many injured in the incident. Police notified the local rescue team and headed to the home. They arrived at the location, the first floor was opened as a restaurant. Nat 28-year-old was holding a gun, his body covered in blood held onto the ground. Nearby was Top 33-year-old injured in his right eye with several wounds on his body. A 46-year-old who is Nat’s wife had a knife cut on her back. The rescue team made sure everyone was safe before delivering them to the hospital.

Top’s father reported to police that Nat is his grandchild-in-law. Nat showed up at his home drunk. He entered the home and an argument sparked up. While there was shouting Top arrived home with a gun. Top and Nat confronted each other before engaging in a fistfight. Top stated to police that he arrived home to find Nat in his home shouting. He asked what Nat was doing and the two started fighting. Top never intended to use the gun and claimed it was just to intimidate Nat. While they were fighting Nat stole his gun, Top and a neighbor who saw what was happening helped hold Nat down on the ground until police arrived.

The family notified officials who came and arrested Nat. Police verified that Top’s gun is a legally registered weapon intended for protection. The incident could’ve had a different ending if Top and the neighbor couldn’t hold Nat down until police arrived. This shows how important it is to keep your weapon secure if you have it on you and to properly know how to use such a weapon. It is unknown what issues Nat had with the family that led to the fight. After all 3 were delivered to the hospital and confirmed safe, police brought them to Trat City Police Station for an interview. 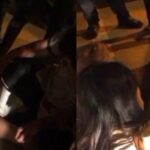 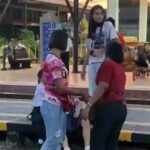 Woman slaps girl for not standing during national anthem