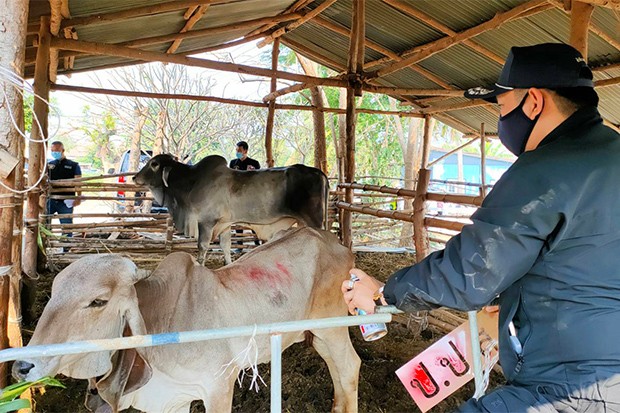 Office of Narcotic Control Board officials have seized assets worth about 15 million baht in Kanchanaburi province.

The assets are believed to have been acquired through the trade in drugs, ONCB deputy secretary-general Pol Lt Col Paisith Sangkhahapong said at a press conference on Sunday.

They belonged to a suspected drug dealer identified as Pairote Phuchun, a former headman of Moo 6 village in tambon Khao Noy of Tha Muang district, who was detained on Saturday.

Pol Lt Col Paisith said information from several suspects arrested earlier in Tha Muang district led to the arrest of Mr Pairote on charges of conspiring with others in the drug trade and illegally having methamphetamine in possession.

The authorities also seized assets Mr Parote was suspected to have acquired via the drug trade.

The assets, worth altogether about 15 million baht, included 257 cows, a plot of land and house, three cars, one motorcycle, two ploughs and a hydraulic hay press machine 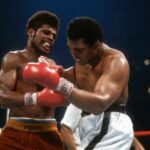 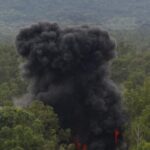