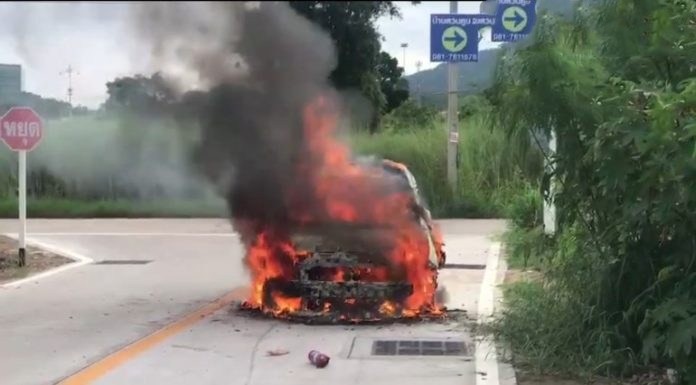 A forty-year-old driver barely escaped from a burning car in the Mueang Chonburi district this morning.

Fire fighters from the Mueang Municipality were notified of the fire at 8:30 AM at the entrance of a housing estate in the Mueang sub-district.

They and The Pattaya News arrived at the scene to find a burning car on the road.

Firefighters managed to control the fire within fifteen minutes. No injuries were reported.

The driver, Mr. Somkit Buayairaksa, 40, told The Pattaya News that he had fully filled his tank with gasoline before he drove back home from work.

When the fire started, he quickly stopped his vehicle and escaped from the car. He stated that he barely escaped the flames as they spread very quickly.

He believes that the fire might have started from gasoline that overflowed in the gas tank. However, officials are investigating the incident to determine the exact cause. 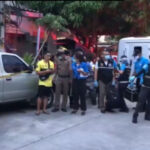 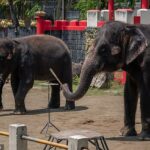