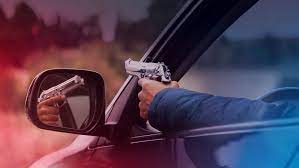 A group of gunmen in a car opened fire on Htoo Htike San Tea Shop in Hopin, Monyin Township, Kachin State, this morning killing five people and wounding eight others.

“Five people died and eight were injured. The dead are a monk from Nantyin, three men and a young woman from Shwe Pwint Hlwa Printing House.

Preparations are being made for their cremations,” said U Myo Aung of a local free funeral service society.

The shootings occurred after 9 am today. The gunmen arrived in a van before the tea shop, shot those sitting at the tea shop and drove away to Myitkyina.

“We heard around five rounds of gunfire.

The car they were riding seemed to be a van.

The whole tea shop was stained with blood. The workers and children were also wounded. The tea shop and all the nearby shops have closed,” said a local resident.

The driver of an ambulance said the five injured were sent to Myitkyina Hospital and one was is in critical condition because of a bullet wound in the head.

In Kachin State, 33 administrators, village heads and civilians have been killed since May 9. 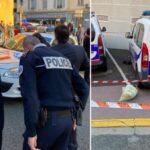