PETALING JAYA: Dr Mahathir Mohamad has confirmed that the High-Speed Rail (HSR) project with Singapore will be scrapped.

The Prime Minister said that the Government had to talk to Singapore about it and the compensation that needed to be paid.

“It’s not beneficial, it’s going to cost us a huge sum of money. We will make no money at all from the operation. It is just a short track,” he told reporters after the Parti Pribumi Bersatu Malaysia supreme council meeting here on Monday (May 28).

When questioned about the compensation that needed to be paid, he said he “supposed” it would be RM500mil.

Earlier, he told the Financial Times that there was a need to do away with some of the unnecessary projects.

He cited the example of the high-speed rail.

“We need to do away with some of the unnecessary projects, for example the high-speed rail, which is going to cost us RM110bil and will not earn us a single cent. That will be dropped.

When Pakatan Harapan swept to power in the 14th General Elections on May 9, it announced that it would review mega projects initiated by the previous administration to save the country billions of ringgit.

These may include the HSR, Bandar Malaysia, Tun Razak Exchange (TRX) and the Pan-Borneo Highway.

The HSR is a 350-km railway scheme linking Kuala Lumpur and Singapore and is expected to start operations from 2026. 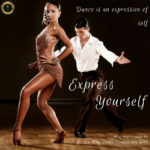