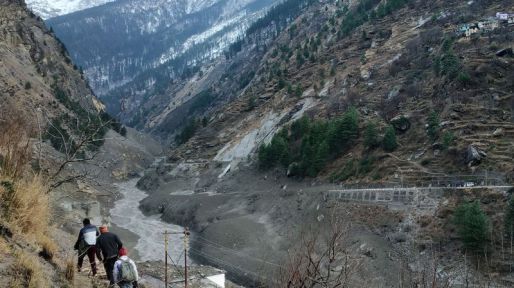 Dozens of people are missing and feared dead after a Himalayan glacier crashed into a dam and triggered a huge flood in northern India.

As the dam broke open, a deluge of water poured through a valley in the state of Uttarakhand.

Villages have been evacuated, but officials warned more than 125 people may have been caught in the torrent.

Video showed the floodwater barrelling through the area, leaving destruction in its wake.

“It came very fast, there was no time to alert anyone,” Sanjay Singh Rana, who lives near to the Dhauli Ganga river, told the Reuters news agency.

“I felt that even we would be swept away.”

“Seven bodies have been recovered from the site and rescue operations are going on,” Mr Singh Rawat told reporters at a briefing on Sunday.

Most of those missing were workers at two power projects near the breached dam in the Tapovan area.

More than 50 people working at a power plant near the dam, known as the Rishiganga Hydroelectric Project, are feared dead, Uttarakhand Police Chief Ashok Kumar said.

But he said some workers had been rescued from the site.

Emergency crew managed to rescue 16 workers who had been trapped inside a tunnel that had been filled with debris.

Mr Singh Rawat said teams from the police and the army were “doing their best to save the lives of the workers”.

Prime Minister Narendra Modi said he was monitoring the situation. “The nation prays for everyone’s safety there,” he wrote on Twitter shortly after speaking with the state minister.

Emergency workers have been evacuating dozens of villages.

Hundreds of troops along with military helicopters and other aircraft have been sent to the region.

“The water level of the river is now one metre (3.2ft) above normal but the flow is decreasing,” Mr Singh Rawat said.

The neighbouring state of Uttar Pradesh has put some riverside areas on high alert for flooding.

Experts are investigating the incident. 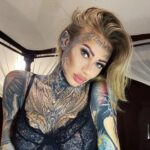 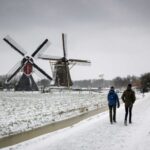