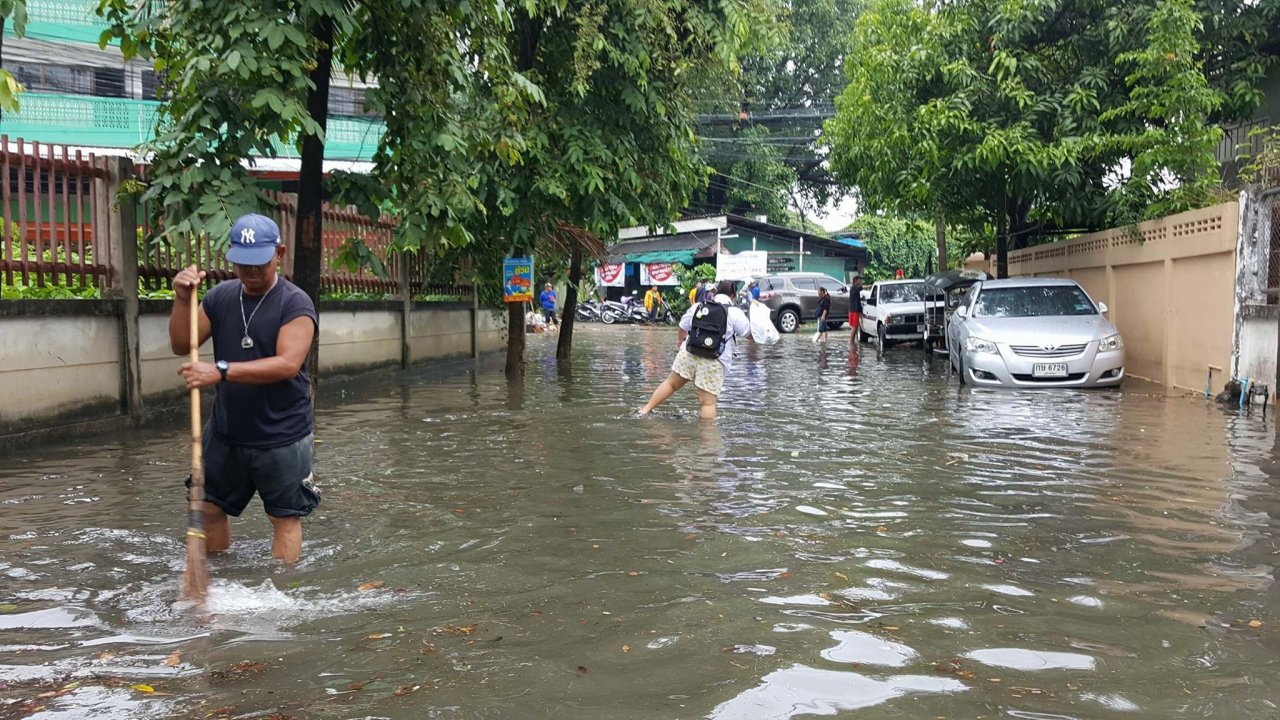 Several roads were under 20 to 40 centimetres of water, forcing the proprietors of kerbside shops to move their wares to higher levels.

Local authorities said the floods started at 3am. Most of it came from Doi Suthep, flooding the Mae Kha Canal and its branches, which overflowed into adjacent communities, including Sri Ping Muang, Nantharam and Fah Mai Pratu Kom.

Cyclists were forced off roads and vehicle engines stalled. Motorists rushing through the deluge only made matters worse for residents, sending the water into houses in their wake.

The road in front of the Chiang Mai College of Dramatic Arts near Kom Market was 20 to 30cm deep. Classes continued as scheduled, though few students were in attendance. Some parents bringing their children to the school simply turned around upon seeing the floodwaters.

Barriers were erected to close off a section of road in front of the Fah Mai Pratu Kom community and pumps were installed to direct water into the Mae Kha Canal.

Volunteers were seen removing trash from storm drain grids that was impeding drainage.