Home » Doing ‘drag’ was kind of an escape

Pan-Pan Narkprasert, better known as Pangina Heals, is one of a very few drag queens in Thailand who is best known for being the only Thai contestant on a famous reality show, RuPaul Drag Race, in which he competed last year.

During a video-call interview with Thai PBS World, Pangina talked about his journey as a drag queen and being fully accepted for his identity, while he was on his way to perform a special show for fans.

Pangina’s journey started over 10 years ago, when he participated in a dress-up competition to impersonate global star Lady Gaga. Winning the contest also landed him the once-in-a-lifetime opportunity to attend Lady Gaga’s concert in New York.

“I was interested in her, because she embodies the idea of celebrating life and her dancers were gay and part of the [LGBTQ] community.”

In fact, Lady Gaga, not only inspired him but also inspired many people around the world with her music, her quirky fashion-sense and for being outspoken in support of the LGBTQ community. Apart from her 2011-single “Born This Way”, which became an anthem for the LGBTQ, he also added that Lady Gaga’s dancers are “free” to be themselves, which also inspired him to be his true self.

As a victim of bullying when he was young, which led to his eating disorder, it has been a long healing process for Pangina. At the same time, being ‘drag’ helped him regain his self-esteem, in which he found his way to truly loving himself.

“It’s definitely a journey of self-love,” he said. “It does take a lot of effort and it takes every single day to become the person I am today. I went through a lot of bullying, and so, at the end of the day, it takes a lot of healing for you to reclaim the experience you had when you were younger or when you had no power.”

When it comes to dealing with hardships for this chosen gender, Pangina does not focus on how “hard” it was, as everyone goes through their own journey. He managed to overcome such struggles by developing a thick skin and accepting himself.

“If you’re okay with yourself, that’s 50% of the work done, because you need to give a lot less s*** about what people say [about you] in order to live a healthy life.”

However, being born to a Thai father and a Taiwanese mother, he admits that it took at least four years for his parents to fully understand what he’s doing. His mother, in particular, didn’t accept him being a drag queen at the beginning, unlike his father, his sister and his dance teacher, who would support him for being himself, no matter what.

He recalled times when his mother would not attend his shows or would walk straight out of a show, if she found out that he would be performing in drag.

“I didn’t think it was something that was wrong,” he said. “I feel like that’s a great lesson in life, when you’re doing something that is ‘into the future’ or cannot be understood by certain people, you just have to believe in yourself so hard that one day, you as a person can change the industry or can change people’s minds in some way.”

Thailand has a large LGBTQ community, with increasing public conversations on the matter, leading to more awareness of their issues. Recently, Bangkok Governor Chadchart Sittipunt announced that the capital will organise its very first “Pride Parade” to celebrate gender diversity. The parade itself saw thousands of Thai LGBTQ members participate, including foreigners.

Despite some progressive moves, Pangina feels that there is still a long way to go for the LGBTQ community to be fully accepted in Thai society. While acknowledging that Thailand seems to be open to people who are ‘different’, the biggest hindrance is the Thai law, which still does not protect or ensure the basic rights for such individuals. Particularly, with same-sex marriage, where a gay couple was refused a marriage license on Valentine’s Day this year.

“Do I think that gay marriage is going to be legal soon in Thailand? I hope so, but I don’t think it’s going to be any time soon, because I’m realistic, but that doesn’t mean we’re not going to stop trying. Do I feel like Thailand can be more progressive in certain laws that allow the LGBTQ community to have more respect and the right to live the life that they deserve? Yes, I want that to happen, and Thailand needs to catch up, because we have a huge and thriving [LGBTQ] community.”

Even though the conversation on LGBTQ rights is resonating among Thais, what Pangina thinks is much more important is educating people to respect others, regardless of what gender they choose to be, so that people of the LGBTQ community can live their lives safely.

“We need to understand what non-binary is. We have to understand that, when a man chooses to wear certain types of clothing, not to react or be rude about it, to understand other people’s choices more and ask questions in a polite way.”

As to what he would like to say to people who are struggling to find their own identity or being accepted for their chosen gender, Pangina advised them to “take their time”. At the same time, build a strong relationship with people who are willing to accept and understand you, which Pangina thinks will help in getting through life.

“Do not let anyone pressure you or make you feel that you’re wrong. You’re perfect the way you were born, and it is in your DNA. Those who mind don’t matter and those who matter don’t mind. 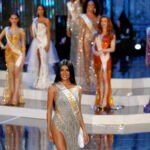 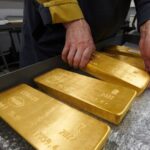