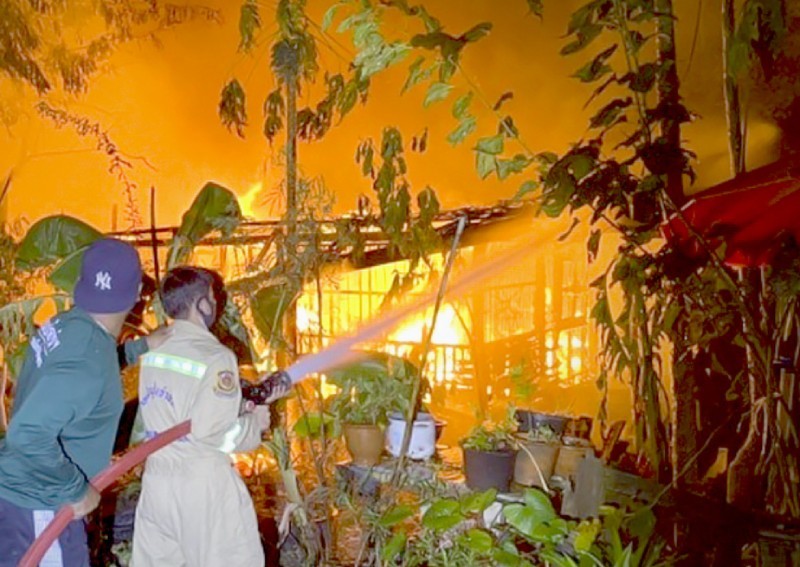 Huge flames engulfed homes in Samut Prakan province early on Friday and nearly killed a disabled woman who struggled to drag herself to safety.

Police were notified of the fire in Phra Pradaeng’s Bang Hua Suea sub-district at around 2.30am and eight fire-trucks were sent to extinguish the blaze.

The fire had spread to at least 10 homes, and it took firefighters about an hour to get the blaze under control.

Meanwhile, Narin Saekhow, 54, who suffers physical disabilities, said she woke up when she heard a crackling noise. Realising that the fire was heading towards her home, she struggled to get out.

She said though she did not have any time to grab any of her belongings, she was able to seek help just in time.

Police believe the cause of the fire may be a malfunctioning fuse box and will investigate further. 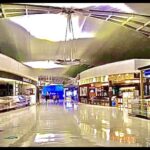 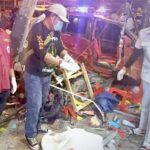