A restaurateur in Pattaya says that a foreigner and his Thai partner placed hair in their own meal in order to demand money of their bill and post a scathing review on Tripadvisor.

The co-founder of the popular Indian restaurant, who asked for his name to be withheld, has taken to Facebook to warn other restaurant owners of the scam.

In a post on Facebook, the owner wrote: “I own a small Indian restaurant in Pattaya. Please watch what these crooks are up to. Mixing hair in food and posting on trip advisor. Please, fellow owners, beware”.

The owner also shared CCTV which purportedly shows the Thai woman putting something in her food.

She is first seen in discussion with the foreigner before reaching below the table and then putting something onto her plate.

The couple then calls over one of the members of staff to claim they found something in their food.

After discussion, the member of staff then removed that item from the bill.

The pair later then went onto Tripadvisor and left a negative review.

However, the review was taken down after the owners appealed.

The owner told Thaivisa that had he been in the restaurant that evening he would have given the couple all their food for free.

He said it was good luck that he wasn’t there.

He said he was initially angry with his staff about the poor service.

However, one of his staff said they were suspicious of the couple and urged him to check the CCTV footage.

It was only when he checked the CCTV that he saw what had happened.

So much for the customer is always right! 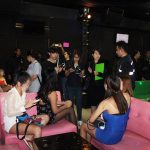 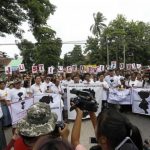