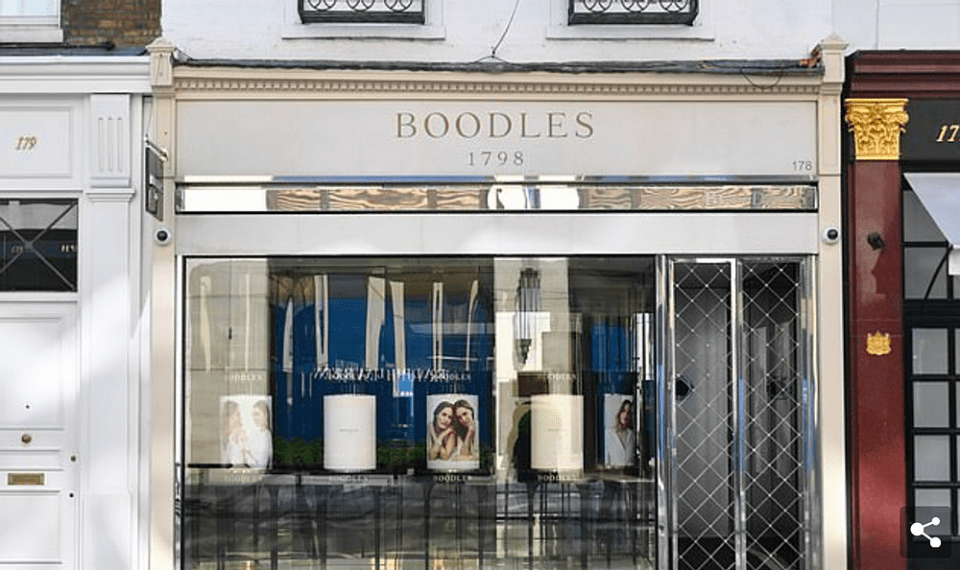 A woman stole diamonds worth £4.2m from a jewellers by swapping them with pebbles using “sleight of hand”, a court has heard.

Lulu Lakatos, 60, allegedly posed as a gemologist who examined the stones from Boodles in central London.

Ms Lakatos valued seven diamonds at the New Bond Street store before placing them into a bag, a jury was told.

But when the bag was opened, inside were seven small pebbles, Southwark Crown Court heard.

“The diamonds had been stolen by the defendant by sleight of hand,” prosecutor Philip Stott said.

“The conspiracy in which she is alleged to have played an integral and central part was one of the highest possible sophistication, planning, risk, and reward.”

Ms Lakatos, who was born in Romania but lived in France, denies conspiracy to steal on or before 10 March 2016.

The court heard that, in February 2016, Boodles chairman Nicholas Wainwright was introduced to a man calling himself “Simon Glas”, who said he was interested in buying high-value diamonds as an investment.

The pair met in Monaco the following month, where Mr Wainwright was introduced to Glas’s business partner, a Russian called “Alexander”, and the sale of seven high-value diamonds was agreed after further discussions.

The gems, worth a total of £4.2m, included a 20-carat heart-shaped diamond valued at more than £2.2m and a three-carat pear-shaped fancy pink diamond worth £1.1m.

A gem valuer, “Anna”, instructed by the buyers was due to examine the stones before they were put in a locked bag to be held by Boodles until the jewellers received the funds.

Ms Lakatos was allegedly the woman posing as Anna, who was escorted into the jewellers’ basement meeting room on 10 March by Mr Wainwright and the firm’s own gemologist, Emma Barton.

Mr Stott said Ms Lakatos purported to examine and weigh each of the seven diamonds before individually wrapping them in pre-cut tissue paper and placing them inside opaque boxes.

“When the examination was complete, the boxes were placed into a zippable purse-like bag, which was then padlocked shut,” he told the jury.

The prosecutor said Ms Lakatos placed the locked bag inside her own handbag when Mr Wainwright went upstairs.

“It seems it was swapped for an identical locked bag,” Mr Stott said.

Mr Stott said Ms Lakatos, from the Saint-Brieuc region of north-western France, discarded her hat and scarf and changed her clothes in a pub toilet, switching her dark coat for a light one, assisted by another accomplice.

She then used her own passport to leave London on the Eurostar, the court heard.

Ms Lakatos was arrested in France on a European Arrest Warrant in September last year before being extradited to the UK. 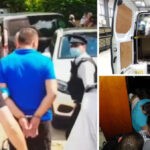 Ringleader’ of gang accused of smuggling hundreds of migrants into UK