THE THAI MINISTRY of Foreign Affairs (MFA) and related agencies were on Tuesday trying to co-ordinate with their Laotian counterparts to free a Thai man detained by police across the border for an unspecified reason.

Eakkarak Thakooniam claimed in a Facebook post that he had been prevented from leaving a village in the Lao province of Khammouane by armed people, who had given him no explanation.

MFA Department of Information director-general Busadee Santipitaks said her agency had already been in touch with the Royal Thai Embassy in Vientiane and the Thai consulate in Savannakhet to check what was happening.

Thailand’s ambassador to Laos, Kiattikun Chartprasert, has also got involved – he said Thai consulate officials had on Monday travelled to meet Eakkarat, who was being detained by police in the Khammouane town of Thakhek. The ministry was also working with Nakhon Phanom governor Sayam Sirimongkol, whose Thai-Lao border area is nearest to Thakhek and was the point where Ekkarak had on Tuesday afternoon crossed the border.

Sayam, who called an urgent meeting at 7am to seek solutions on Eakkarak’s behalf, said late on Tuesday that Thai officials were still coordinating with their Laotian counterparts to ensure his well-being but it was still unknown why he had gone to Laos and what had caused him to be “kept in custody for questioning” in the first place.

A Nakhon Phanom City Hall source said talks between the two sides had gone well and since no charges had been laid against Eakkarak he would probably be allowed to return to Thailand soon.

The source said some social media users, without being in possession of all the facts, had posted harsh comments about the Laotian authorities in response to Eakkarat’s Facebook post, and this might provoke a negative response and harm his chance for a speedy release.

Some Nakhon Phanom residents who are familiar with border crossings into Laos, told The Nation that Laotian law was very strict on grounds of national security, so travellers wishing to stay in a village overnight, needed to notify the community leader and explain their reason for doing so. If not, they faced being detained for questioning which, the residents surmised, might be what happened in this case.

They said they expected the man would be released soon, once the authorities deemed he hadn’t broken any laws.

They also said that the areas outside city would normally be under a quasi-curfew, with residents staying at home after 8pm. Entertainment venues in city areas need to be closed by midnight or they, too, faced legal action.

Nakhon Phanom immigration chief Pol Colonel Danthai Kaewwehol urged Thai travellers to other countries to become acquainted with that country’s laws and regulations, including prohibitions on certain activities, so as to ensure a safe and smooth trip. 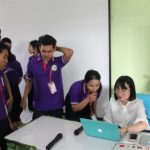 70 Thai students get grants to study in Tianjin