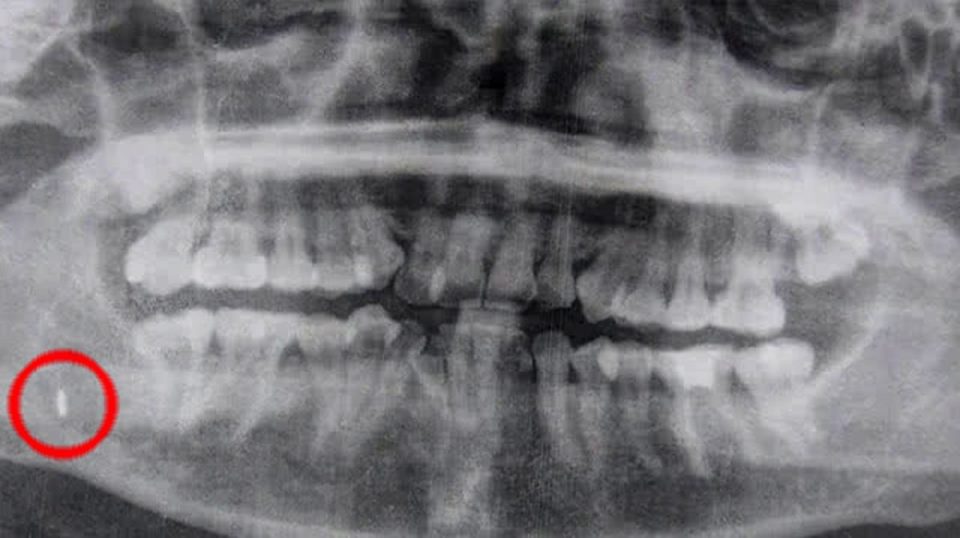 A team of four dentists from Khon Kaen University’s Faculty of Dentistry on Friday removed the tip of a dental tool that had been left embedded in a 33-year-old Thai woman’s gum after a procedure five years ago.

Mukdahan resident Krittika Ritthikhan, was accompanied by her husband Pol Captain Pornthawee Ritthikhan at a press conference after the 30-minute surgery. “I thank the dentists for their help to remove this tip from my gum. It is such a great relief that it is now done,” she said.

Faculty dean Waranuch Pitiphat said the surgery to remove the tip went well and the numbness in the patient’s tongue had almost disappeared while the numbness in lower lip required a continuous treatment for six months. Krittika still required vitamins to promote the destroyed nerves, she said.

The dentists said that this incident was not the first time a dental tool had been left in a patient’s mouth and it could have happened because the instrument was very small.

They urged people who may feel that a part of some tools has broken off and remains in their mouth after a dental procedure to quickly consult with an expert dentist at a large-sized provincial hospital which is well-equipped to treat the problem.

Krittika underwent a surgery to remove an ingrown tooth at a southern hospital five years ago when the tip of a dental tool broke off and was left embedded in her mouth. She was reportedly told that the tip would naturally remove itself when the wound was healed.

The woman said she has suffered mysterious numbness in her lower lip and tongue for the past five years.

When she went to see a dentist early this year for root canal, she was surprised to find that the tip was still there.

In April, she developed an infection in the gum area around the area where the tip was embedded and sought treatment at the faculty’s dental hospital.

The woman was treated with a course of antibiotics while the dentists planned the surgery to successfully remove the tip on Friday.