Home » DeLorean, Reborn as the EVolve

It was only a matter of time, then, until another entity brought the notorious vehicle back to life. DeLorean Motors Reimagined is doing just that.

The company, whose largest shareholder is the DeLorean Motor Company that sells parts for and restores original DeLoreans, is set to reveal its new-age take on John Z. DeLorean’s classic coupe

20 min old welcome to the world

The car DeLorean parks on the Concept Lawn at the Concours will bear the name EVolved and is set to preview the company’s low-volume production vehicle.

Unlike the gasoline-powered DeLorean of yore, the EVolved will receive motivation from a battery-electric powertrain. Company officials are keeping mum on most of the car’s key details at the moment, but chief executive officer Joost de Vries, who previously held positions at companies such as Volvo and Tesla, shared with Car and Driver that the reborn DeLorean is expected to offer at least 300 miles of driving range.

The finished product ought to crib styling cues from its forebear without recycling its looks. As chief marketing officer Troy Beetz said, the car the company plans to show off at Pebble Beach imagines what a modern DeLorean might look like “had it been around for the last 40 years.”

Whether this results in a car that turns heads in the same way its predecessor did remains to be seen. Nevertheless, the company wants to create a vehicle that caters to people’s emotions, with de Vries divulging that the forthcoming DeLorean sacrifices some aerodynamic efficiency in the name of style.

Despite its looks, the original DeLorean’s performance was rather unimpressive. Don’t expect that facet of the old car to carry over to the new one.

Although de Vries was adamant about the DeLorean redux “not [being] a hypercar,” he did state that the company is engineering the vehicle to appeal to “people who want to drive.”

Still, it’s neither easy nor inexpensive for a rather small organization to build and produce a new and profitable vehicle.

We certainly want to believe in the promise of a modern-day DeLorean, and we’re excited to see what the company brings to Pebble in August.

That said, we’ll likely maintain a bit of healthy skepticism until we see the operation start delivering vehicles to customers. 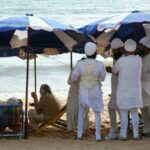 Tourists from India eyed for recovery 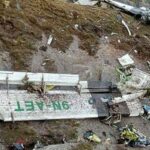