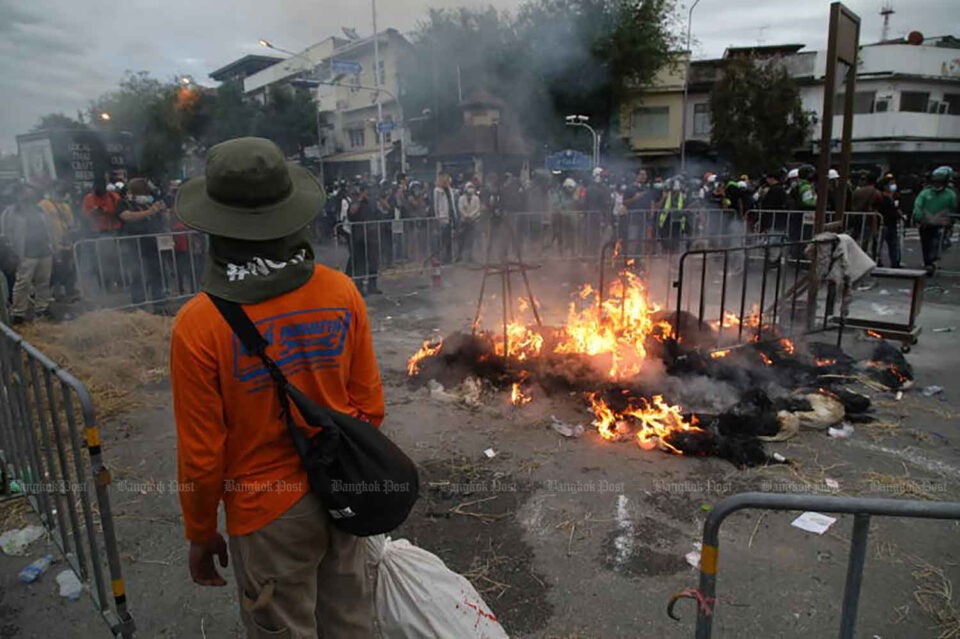 A food delivery rider who allegedly started a fire near a portrait of His Majesty the King on Ratchadamnoen Nok Avenue during Sunday’s anti-government protest was arrested late on Monday night.

He faces a number of charges including lese majeste.

The suspect, who was only identified as Mr Sitthichok, 25, was detained at his home in the Rangsit area of Pathum Thani province by a group of plainclothes officers from the Special Branch Bureau, said a source.

The Thai Lawyers for Human Rights Centre (TLHRC) later confirmed the arrest in a tweeted message saying about 10 police officers were sent to arrest Mr Sitthichok who was later charged with lese majeste.

Mr Sitthichok appeared calm and didn’t say a word to reporters as he was escorted into a police vehicle and taken from Huai Khwang police station to Nang Loeng police station for further questioning on Tuesday morning.

A lawyer from the TLHRC met the suspect when he was at Huai Khwang police station, said the source.

Mr Sitthichok’s girlfriend, who was not named, insisted she and her boyfriend did not take part in Sunday’s rally and the only reason they were there was because he was delivering food to a protester.

There were fires already lit at the protest site when they arrived and Mr Sitthichok had actually tried to put out one fire with water, she said.

A police officer standing nearby looked on while Mr Sitthichok was dousing the flames, so if he had really tried to burn anything, that officer would have tried to stop and detain him at the time, she added.

Metropolitan Police Bureau (MPB) spokesman, Pol Maj Gen Piya Tawichai, meanwhile, insisted that police had solid evidence proving the suspect’s guilt, despite his claims that he is being made a scapegoat.

The man was caught on camera pouring liquid from a bottle onto flames, which caused them to burn more fiercely, said Pol Maj Gen Piya.

The police will seek the court’s permission to further detain the suspect while continuing to investigate the case, he said, adding that a total of 16 suspects have been detained in connection with Sunday’s protest that also saw police use water cannon and tear gas on protesters. 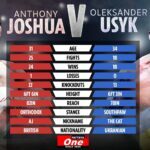 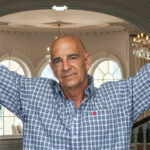