Home » Yet more delays for roadworks in Pattaya 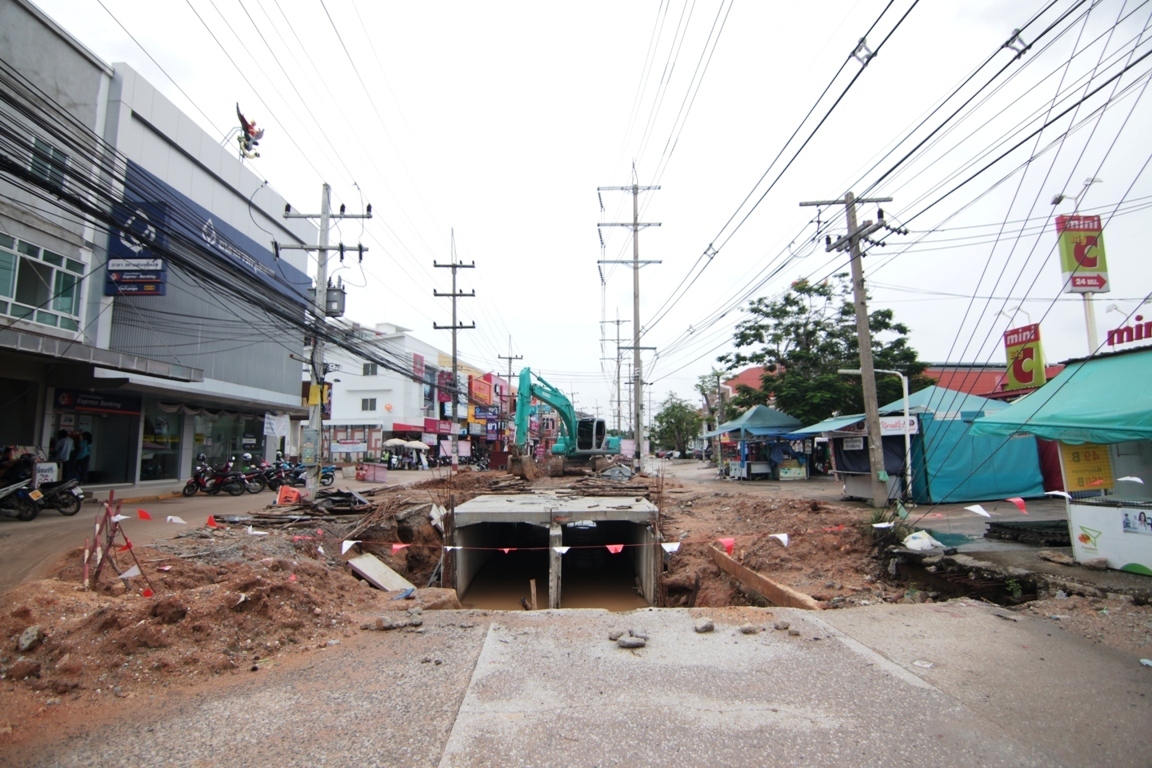 Locals have started to kick up a fuss with Pattaya City Hall after roadworks that started almost 2 years ago are still no where near finished.

In fact. because of the huge delay in work getting done, the particular piece of road in question is actually getting worse and becoming a real pain in the ass for both locals and tourists in the area.

The are in question is on Siam Country Club, near the train station leading all the way up to ChokChai market. 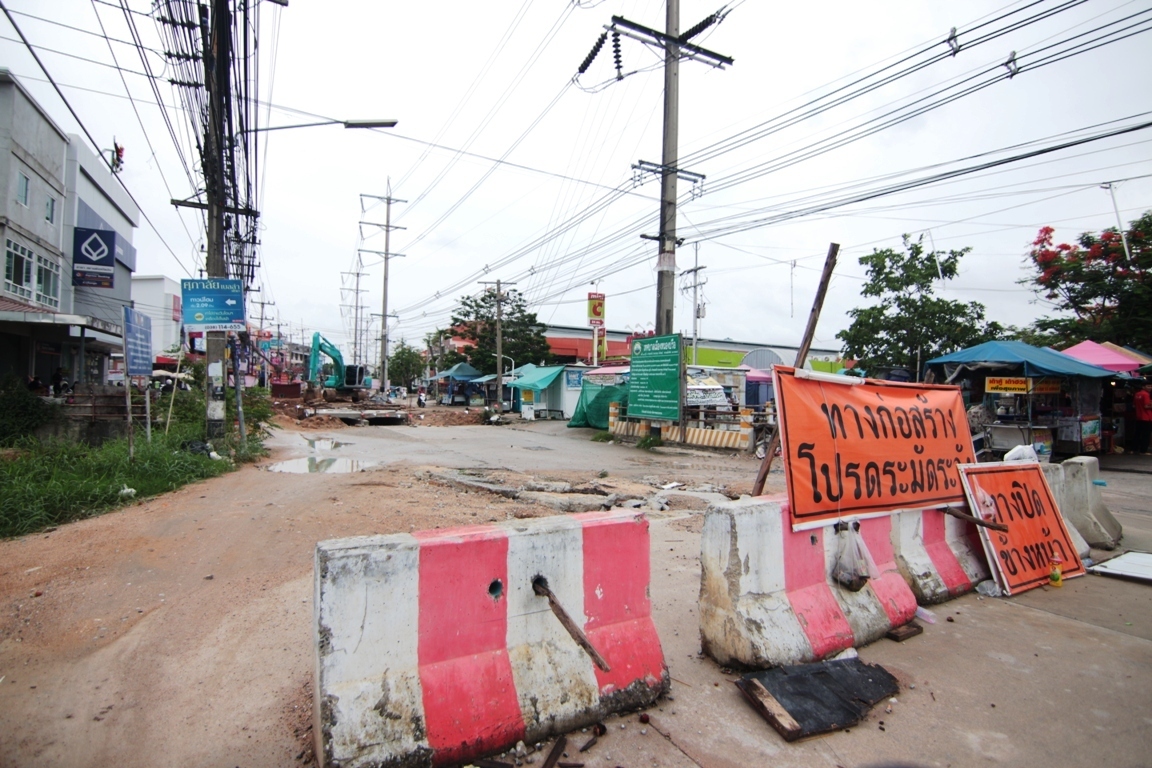 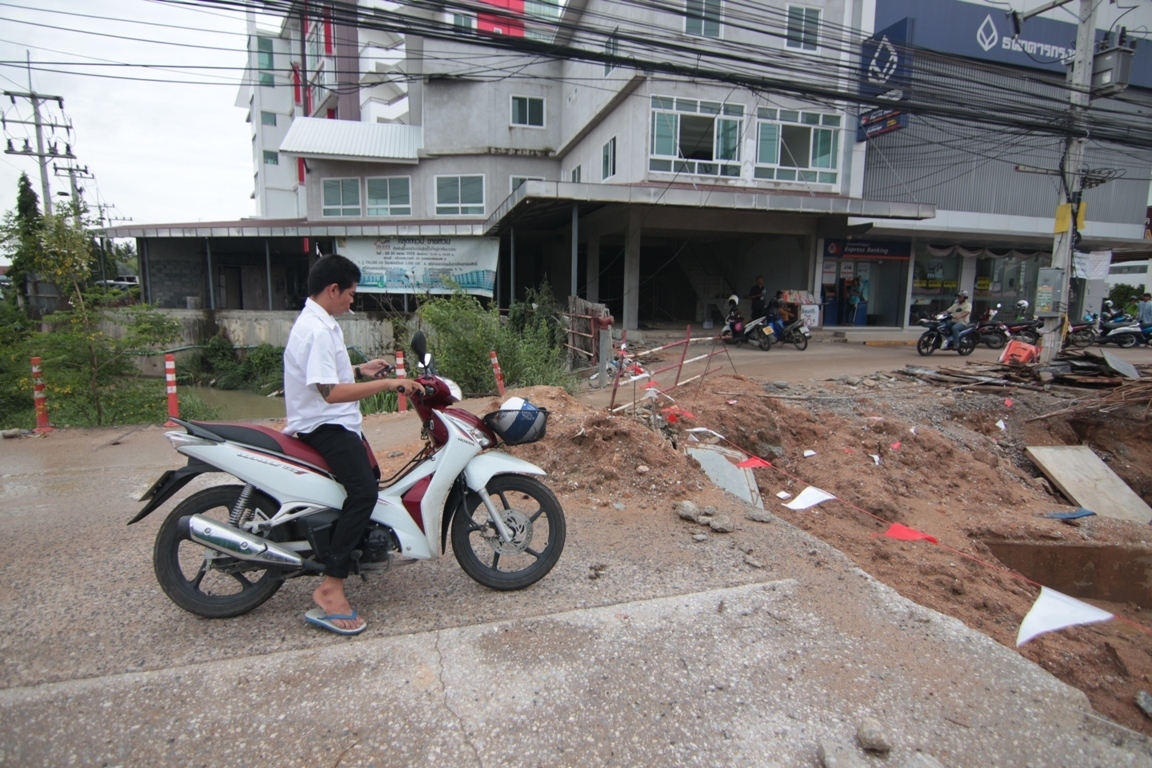 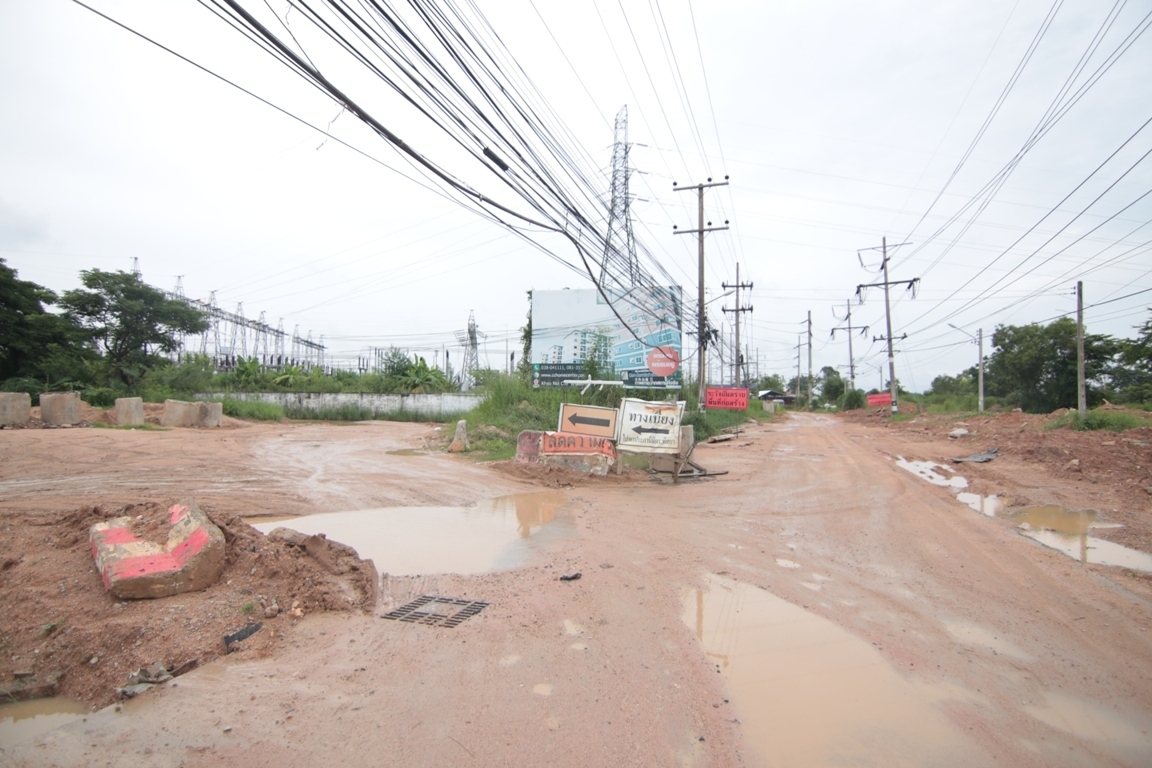 The work that started 2 years ago was supposed to be done in stages to cause as little disruption to the busy area as possible. However, authorities thought they they could get the work done faster if they did it all at once.

Unfortunately, this turned out not to be the case and the locals are suffering because of it.

What is worse, is the fact the state of the road is now in a much worse state that when they first started, with drops of almost 3 metres, making it almost impossible to cross.

It’s not only the locals that are living in the area that have been affected, but the many business owners running market stalls in the ChokChai market place. Because of the state of the road, and the traffic congestion it causes, people have almost abandoned the market completely, opting for more convenient places to shop.

Several complaints have been made to City hall, but locals are finding it increasingly difficult to get a response.

They have now taken to social and local media to try to bring some attention to the situation and get the problems fixed as soon as possible. 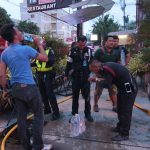 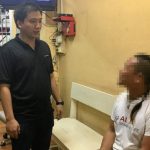