Home » DEFIANCE: Exposing the Dark Side of the Martial Arts 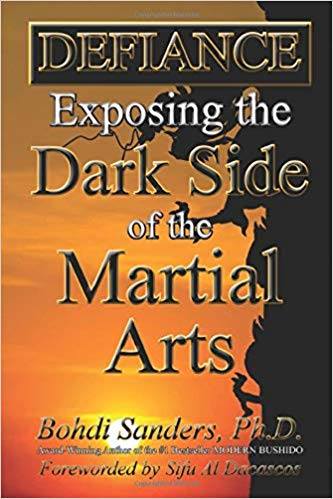 Growing up in martial arts, I had no idea that there was thousands of so-called masters and grandmasters who have gone from color belts to master ranks just by stepping on an airplane and flying from Hawaii to the mainland or from Korea to the USA.

We have all heard the stories back in the 1970s and thought that this was the worst it could be.

We had no idea what was to come!

Most of these traveling or relocating martial artist did have some skill and talent and were proficient in their style of martial arts.

Today, on the other hand we have social media. Millions of middle-aged men and women who might have had some type of martial art training when they were a kid or a teenager, now have the money to become a martial arts grandmaster!

Through social networks and attending martial arts “pay for your award events” they meet internet grandmasters that have the rank of 9th or 10th-degree black belt in their own art form and are now looking for students that they can give rank to in order to justify their existence, rank and title.

Soon these talentless, out of shape, great grandmasters have developed their own certificates and their own awards to sell or trade back and forth with other martial artists.

Their Facebook or websites are covered with thousands of photographs in costumes or a suit standing alongside so-called martial arts celebrities or other would be gurus at these pay-per-play events.

Their resume is incredible! They have black belts and high ranks in a multitude of martial arts disciplines. They have dozens of awards and inductions into hall of fames.

What they don’t have, and what’s missing is 30 plus years of training, is legitimate photographs and photographs of them teaching.

Also missing are students; yes there might be a few, but the only time they teach more than a handful of students is when they are at an event which they paid to attend and to be able to teach at in order to pad their fraudulent resume.

DEFIANCE: Exposing the Dark Side of the Martial art talks about this, and also includes what’s called the Mcdojo, where iffy martial artist run babysitting centers only for the money and their ego. There are many hard working, amazing martial arts instructors and masters out there that run incredible martial arts schools who end up paying a price because of these frauds and fakes that tarnish the reputation of the martial arts.

The one thing that will always point out the fake martial arts grandmaster, besides the fact that he doesn’t have lots of black belts under him and that he doesn’t teach at a world-class level, is that they are the ones that are always attacking everyone else.

None of the real martial arts masters and grandmasters ever get involved in public trash talking or internet trolling where they post unwarranted attacks against other martial artist.

We are taught to take the high road and let these disreputable martial artists mouth off. Of course, in this new internet and social media day and age, they have destroyed the reputations of some talented martial artist with their dishonest and malicious actions.

The author of this book has been ruthlessly attacked by many who do not want the martial arts community to read this book.

Dr. Bohdi Sanders is one of the first to stand up and fight back against the dark underworld of the martial arts. This book is a glimpse of the reality of martial arts today and if you knew the whole story about what is going on in the martial arts, you would be sickened.

DEFIANCE: Exposing the Dark Side of the Martial Arts is a MUST READ for EVERY MARTIAL ARTIST! This book completely exposes how dishonest and malicious martial artists scam people, dishonestly achieve high ranks, attack other martial artists, run McDojos, make under-the-table deals, and much, much more.

If you are a martial artist or if you are interested in martial arts, do yourself a favor and BUY THIS BOOK TODAY! 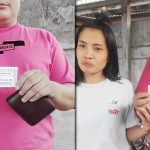