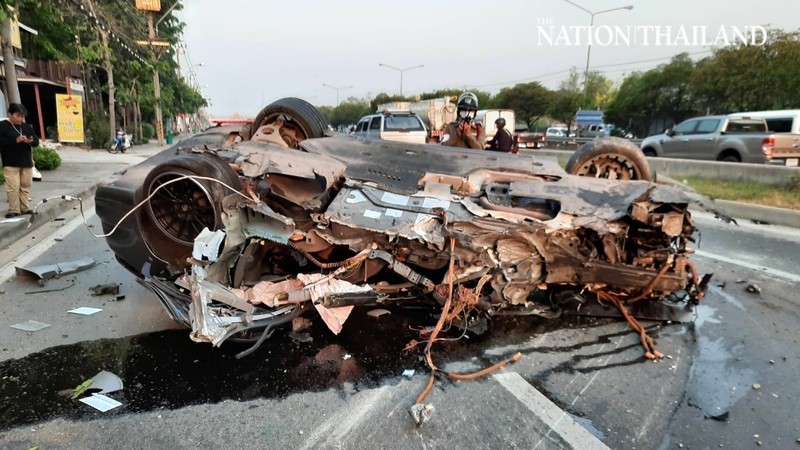 The lucky driver of a car escaped with minor injuries after his vehicle slammed into an electricity pole in front of Noble Anawana village on Bangkok’s Borommaratchachonnani Road on Thursday morning, the @patrolcop191 Facebook page reported.

The mangled car was seen overturned on the road, with the electricity pole broken into pieces from the impact of the crash

The unnamed driver, who was fortunate to be alive, reportedly admitted that the accident occurred after he fell asleep at the wheel while he was returning to his home in Nakhon Pathom’s Sam Phran district.

He added that it was pure luck that his car didn’t crash into any other vehicle on the road.

He was taken to Thammasala police station for further questioning. 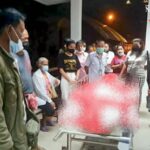