It seems like at least part of Deadpool 2 will involve Wade Wilson trying to join the X-Men. Though most of the marketing for the anticipated sequel has focused on Deadpool forming his own group, the X-Force (seemingly in a effort to set up a spin-off movie). The X-Force won’t be the only X-Team in Deadpool 2.

The sequel will introduce several new characters from the X-Men Universe including Domino, Cable and presumably whoever “the kid” is that Deadpool will be “saving” throughout the movie. Yet returning characters from the first movie are X-Men Colossus and Negasonic Teenage Warhead, who have seemed to soften to Wade since their first interactions. Or at least Colossus seems to be treating Deadpool in a friendly manner; Negasonic Teenage Warhead is just as sarcastic as ever. Yet neither character seems too averse to the Merc with the Mouth, and will offer Deadpool a spot on the X-Men team. In a new TV spot for the movie, embedded above and released by ComicBook, Deadpool’s misadventures inside the constraints of the X-Men are explored. Deadpool tells Colossus he’s the farthest thing from an X-Men. For starters he’s not even a virgin, he quips. However, Colossus and Negasonic Teenage Warhead seem to want Deadpool to become an X-Men in training. This gives context to earlier released photos from Deadpool 2 that showed Ryan Reynold’s character wearing a half-cut X-Men jersey over his usual outfit. Deadpool might’ve gotten “rejected” by the Avengers following the success of Infinity War, but the X-Men do seem willing to have try him out. According to the TV spot, Deadpool appears to take the position on the team in order to go up against Cable and help out the mysterious “kid” who Cable appears to want to destroy. Despite his altruistic intentions, it’s very likely that this effort by Deadpool to be a true blue hero will end horrifically.

Deadpool 2 will hardly be the first time that Wade Wilson has joined the X-Men, or a more respectable superhero group. In the comics, as Deadpool’s popularity has grown, he has attempted to join the X-Men and even the Avengers several times. Each effort has ended in disaster, mostly because Deadpool can’t get out of his own way. (However, Deadpool’s most recent Avengers run came to a close because the Captain America who asked Deadpool to join was secretly an evil Hydra spy.)

This is all conjecture and speculation. Still the Deadpool franchise seems to be hewing very closely to the comics. So it’s likely that just like all of Deadpool’s previous stints in the X-Men, he will do something that will force him out of the superhero group. It’ll probably be a bit more serious than him joy-riding in Professor X’s wheelchair, which he can be seen doing in the new spot. Yet Deadpool will undoubtedly cross a line.Deadpool probably won’t make it out of the training stage with the X-Men. This will force him to create his own super group, the X-Force. This change will not only set up the X-Force spin-off and keep things in line with all the previous trailers, but it makes perfect thematic sense. The X-Force have always been used as the darker and more ruthless answer to the X-Men. If Deadpool 2 opens with Wade getting kicked out of the X-Men, this would be a very natural way for him to set up his own, much more Deadpool-like group. The X-Force will undoubtedly be more violent than the X-Men but still keep Deadpool’s signature sense of humor. The very normal Peter (Rob Delaney) will be a starring member of their brood, after all.

Again this is based on almost nothing but what has been shown to the audience so far of Deadpool 2, which is admittedly very little. As good as Reynolds and crew have been at keeping Deadpool 2 in the mind of fans, very little has leaked about the plot.

It’s even been reported that despite all appearances Cable isn’t even the real antagonist of the sequel. Another, much more threatening villain apparently lurks in the background. There’s probably some very big surprises in Deadpool 2 but the beginning of the film does appear to be coming into clearer focus. SR 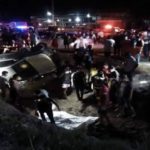